These are circular areas without vegetation that are generated In the underwater prairies ? A mathematical model shows that these forms are due to Competition between plants for the resources.

The so-called ‘fairy circles’ are clear with no circular vegetation emerging
In the underwater prairies of Posidonia oceanica of the Mediterranean, among others
Environments. Until now, it was unknown how these gaps are formed, but a new
Mathematical model shows that these curious shapes are due to competition
Between plants for resources. The study, published in Science Advances, has been
Conducted by researchers from the Institute of Interdisciplinary Physics and Systems
Complexes, a joint institute of the Higher Council of Scientific Research (CSIC)
And the University of the Balearic Islands (UIB), in collaboration with biologists of the Institute
Mediterranean Center for Advanced Studies (CSIC-UIB) and the King Abdullah University of
Science and Technology (KAUST), Saudi Arabia.

“The formation of vegetation patterns is a mysterious phenomenon,” explains Damià
Gomila, CSIC researcher at the Institute of Interdisciplinary Physics and Systems
Complexes. “It does not seem possible that, without the presence of some external factor
Impose an order, the vegetation can be distributed in an orderly manner
Forming a spatial pattern. And even though it seems improbable, it happens. “

The study shows that the competition between plants radically changes the dynamics
Of grassland growth, producing behavior on a scale of kilometers
Difficult to predict with simple rules of growth, explains Gomila. “Starting from a
Microscopic description of the proliferation of clonal plants (such as posidonia) and
Of the theory of pattern formation, a macroscopic model has been developed
Capable of reproducing the various structures observed on the seabed and associating
The different landscapes to the conditions of mortality to which the
Meadow, “says Gomila.

This result is a powerful tool for diagnosis and management,
Determine how far the competition mechanisms operate and is the first
To explain the direct cause of the formation of vegetation patterns in the
Meadows of Posidonia oceanica.

Competition mechanisms are often diverse and often difficult to
decide. In marine ecosystems, access to natural resources (light and
Nutrients), as well as the interaction with hydrodynamics, are crucial factors in the
process. These mechanisms introduce non-local interaction between plants. “In
In other words, plants in a given region can limit the growth of
Plants, so that slightly more populated areas inhibit
In their environment more than their environment inhibits them, “adds Gomila.

The result is a feedback process that results in high density
Plants in front of others, relatively close, without vegetation. Far from being
Simply a curious phenomenon, the appearance of holes in the vegetation is a
Interesting ecological strategy, since it allows to generate an amount of biomass
Greater than would occur in a homogeneous meadow.

In the littoral of the Balearic Islands these fairy circles are present in good
Part of the underwater prairies. The change of an underwater landscape with circles of
Fairies to landscapes of fringes or circles on the sand bottom points to an increase of
Mortality and proximity to the loss of grasslands, indicating where
Focus conservation efforts. 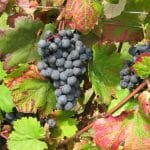 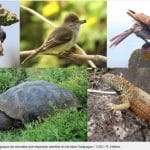