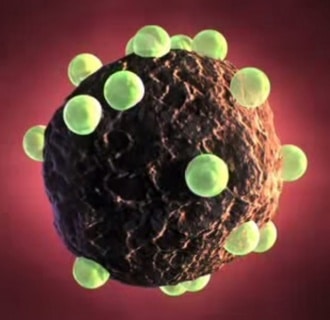 It is endemic to the tropical regions of southern Africa.

The Euphorbia Ingens, is a succulent arborescent plant, candelabriforme or shaped candelabra, between 4 and up to 12 meters high.

It has a robust trunk with rough and fissured bark, grayish, with branched stems.

It forms a broad and rounded cup, with terminal branches with 4 angles, strongly winged.

With a dark green crown, which is well rounded and often shaped like a hot air balloon.

The branches of the Euphorbia Ingens, are segmented with thorns running along the ridges of the segments.

It produces small greenish-yellow flowers on the crests of the highest segment of each branch, from autumn to winter.

The fruit is a round 3-lobed capsule, which turns red to purple as it ripens.

This Euphorbia is used to decorate rock gardens, slopes, slopes or in large pots to decorate entrances, parks, etc.

Currently they are widely used for the decoration of modern interiors.

It occurs in open forests, often associated with rocky outcrops, reaching altitudes up to 1500 m above sea level.

How to care for Euphorbia Ingens

Euphorbia Ingens requires little care and adds a note of distinction to any pebbles or garden of cacti and succulents.

Because it is a succulent plant, it requires little maintenance, given its enormous resistance in difficult conditions.

It is found in rocky hills, mounds of termites and alluvial clays.

Easy to grow, the Euphorbia Ingens or candelabra tree, is the largest species of Euphorbia and probably the most photographed.

Large tree, which can weigh several tons at maturity and is a dominant feature of the landscape.

How to water the Euphorbia Ingens.

The direct sun favors its growth and needs little water, even resisting periods of drought.

For the good condition of the candelabra tree, water generously during active growth, but in such a way that water does not accumulate in the roots.

Water only during winter rest.

In that stage the Euphorbia Ingens should not grow, because the parts that were developed would be soft and ungainly and would disfigure it permanently.

To avoid this, keep the plant that time in a place with lots of light but fresh, at a minimum temperature of 10ºC.

What substrate to use for Euphorbia Ingens.

Like most Euphorbiaceae, the substrate will be porous, with little organic matter, that is, just a little mulch of leaves or peat.

How to reproduce the Euphorbia Ingens.

Like most Euphorbiaceae, the candelabra tree reproduces well by cuttings or seeds.

A Euphorbia can not fertilize itself, so you have to have several plants of the same species, in order to obtain seeds.

As the seeds are scarce, the Euphorbias propagate by separation of suckers and by cutting.

The cuttings are preferably taken from the apex of a vigorous stem and cut at the height of a narrowing or an insertion point.

The process to get a good cutting and that the plant does not suffer, would be the following;

The latex is made to coagulate with a wet cotton.

The wound is left in the air for several days (2-3), or a few weeks, depending on the environment.

Leave until the cut wound dries and has formed a healing scar.

Then, put them to take root in a pot filled with a mixture of peat and sand.

Its contact with the skin or eyes can produce severe irritations and temporary blindness.

Given the poisonous condition of its latex / sap, this tree is not usually affected by pests . 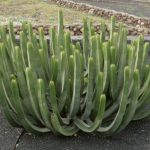