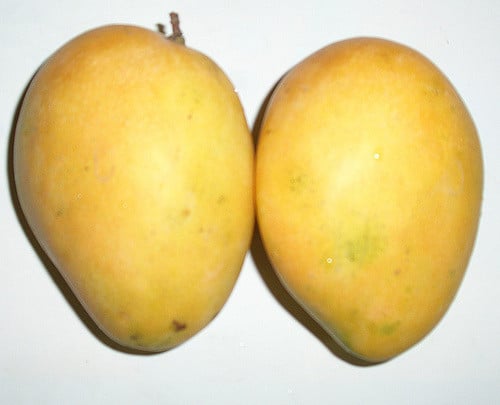 While having big cojones is often thought of as a macho thing to have, it turns out that having big cojones might also be a bad sign.  Multiple research studies have shown that those who have bigger testicles are more prone to having heart disease.  While there is more research needed to completely validate these studies, the studies show results that indicate this trend.

One potential cause of increased testicular size and poor health is the fact that those with diabetes and similar health problems need to have something to compensate for the reduced amount of testosterone in the body.  As such, the body releases more pituitary hormones that cause your testicles to grow bigger.  It could also be connected to weight-related problems, such as being obese.

There is a positive  to having big balls studies have also show that men with big testicles also produce more sperms which give them a fertility advantage over small testicles.

Lumps on the testicles

The most noticeable sign of an Epididymal cyst are small lumps in the epididymal .  In the majority of people who have this type of cyst, they experience no pain and no discomfort.  For those with larger Epididymal cysts, they may notice a free-floating collection of fluid in the sack.  This is something that a cancerous cyst cannot do, detach itself from the testicles.

Very little diagnosis is needed for an Epididymal cyst it can be identified by manual examination.  Like with any lump that you notice on your testicles you should seek out your doctor’s assistance immediately.  During an examination, they should be able to determine if it is an Epididymal cyst or not.  Sometimes an ultrasound is used to confirm whether or not it is another type of cyst.

For most Epididymal cysts, especially the smaller ones, no treatment is necessary, they should go away by themselves.  For ones that will not go away, they can be drained by a medical professional.  For the largest Epididymal cysts, a doctor may surgically remove the cyst if it causes discomfort but this is extremely rare.

Despite the scary name, Varicoceles is not a major disease but it is common among men which is due to  faulty valves within the testicles .  It is the enlargement of the veins that run to the testicles through the scrotum,  varicoceles is similar to a Varicose vein in the leg.  Varicoceles is often not a problem for anyone but has been known to have some side effects such as testicle shrinkage and the inability to have kids.  Side effects are very rare, though.

Signs of a Varicoceles

The biggest sign of a Varicoceles is that the veins to a testicle feel larger than the other or like a bag of worms.  In most cases, only one side will be affected and a dragging sensation may be felt on that side.  The right testicle is the most commonly affected testicle.

Varicoceles is found by examining your own testicles.  If one of the veins to the testicle feels like a bag of worms than it is probably Varicoceles.  If you are unsure, a urologist can help diagnosis it using a similar method.  Should you or the urologist still be concerned, an Ultrasound is used to confirm the presence of the enlarged vein.

Treatment of a Varicoceles

In most cases, it is not necessary to seek treatment for Varicoceles veins.  They will not affect your life at all.  For those who experience sexual dysfunction ,discomfort or infertility another symptom of Varicoceles, a doctor will perform a minor surgery to help correct the problem.  Despite being a minor surgery, it is highly advised that one not undergo the surgery unless they are having quality of life affecting symptoms.

One of the biggest worries among men is that of testicular cancer.  It is a disease that no man wants to think of,the short description of testicular cancer is that it is a mutation of the cells that starts in the testicles and that causes harm to the body.  In reality, it is more than that.  Cancer is one of the world’s hardest to cure diseases.  When cancer affects the male reproductive system, it threatens a man’s ability to provide offspring.

The main difference between an Epididymal cyst and testicular cancer is that the cancer almost always has pain associated with it.  When you feel your testicles you will feel a lump but it will be painful and uncomfortable.  You may also notice that the way your testicles feel changes.  This can be caused by a variety of different changes that your body undergoes when you have testicular cancer such as heaviness, size change, or liquid resistance.  The liquid resistance can come from the buildup of fluid in the scrotum.

There are also a selection of secondary symptoms that aren’t experienced by everyone who has testicular cancer.  This can include a buildup of hormones in the body.  These extra hormones start to cause changes like enlarged breasts, tender or painful breasts, and even voice change.  Swelling of your legs can also happen in some cases.

A diagnosis of testicular cancer starts with you or your doctor noticing a lump in your scrotum.  Your doctor will notice that when he feels the lump that it does not feel like other testicular lumps such as the Epididymal cyst.  He will also notice that it is painful.  From there the doctor will order a blood test or an Ultrasound.  Both tests can also be conducted at the same time as they are looking for different things.

A blood test looks for cancerous signs in your blood work while an Ultrasound looks for an abnormal lump on a testicle that does not match another form of a lump.

Radiation therapy and chemotherapy are used in cases in which surgery is not a viable option.  Both forms of therapy involve nuclear medicine and can leave your body vulnerable after treatment.  As such, these are typically the last treatment option.  However, they are the most effective method of treating cancer that has spread throughout the body.

A hydrocele is similar to the prefix of its name.  Those who suffer from Hydrocele suffer from a buildup of a watery fluid in their scrotum, specifically, surrounding their testicles.  A hydrocele is unsightly and is most common in newborns; however, it can occur at any point in a man’s life.  What causes Hydrocele is unknown but it is not considered to be a major condition.

The most obvious sign of Hydrocele is that the scrotum starts to grow in size and that a fluidic substance can be felt when you touch the scrotum.  Ultrasound and transillumination (shine a light from behind the swelling ) may be used to rule out solid masses which would be indicative of another disease.  In some cases you might also feel discomfort, there is rarely pain, though.

Most cases of Hydrocele do not require treatment.  Like with any genital condition, though, it is important that you consult with a physician before not seeking treatment.  The only time that a Hydrocele is treated is when it causes pain or blood supply issues.  Those who suffer from embarrassment due to the enlargement can also have treatment but it is unneeded.

Viagra is not in vain recognized as one of the most productive tools created to get rid of sexual weakness. Viagra (Sildenafil) has several advantages over other modern means designed to restore erectile function, learn more on howmed.net/viagra-sildenafil-canadian/. With the help of pills, men achieve a noticeable prolongation of sexual intercourse, get unforgettable vivid sensations from intimate intimacy, greatly enhance and prolong orgasm, increase the sensitivity of erogenous zones, increasing arousal.

Surgery is the recommended treatment for Hydrocele.  During surgery, the Hydrocele is removed.  A draining can also be performed with a needle but those who have their Hydrocele drained often experience a recurrence of the situation.

Your private parts are private but it takes a real man to stand up and admit that there might be a problem with their testicles.  If you think that you might have a problem with your testicles, bring it up with your general practitioner who can either help you or recommend a specialist.  There is no need to feel embarrassed, doctors see these issues all the time.  Their job is to help you, so help them help you and let them know what is going on. 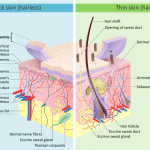