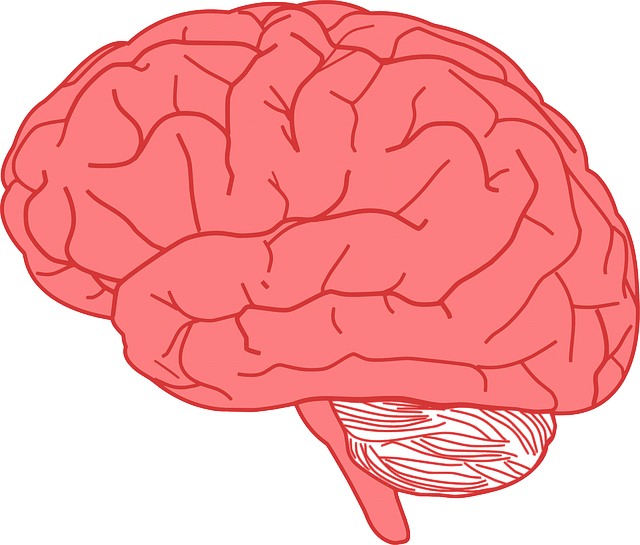 Normal aging is accompanied by a moderate decrease in brain volume (atrophy). But a significant rate of atrophy. is associated with diseases like Alzheimer’s The more brain cells available, the more we would be protected. Hence the idea of ??trying to limit brain loss to prevent the disease.

With all the degenerative diseases of the nervous system expanding, the idea that a brain can shrink seems frightening and painful. It could happen because of stupid activity, drug use or a simple habit that you reproduce every day. The narrowing of the brain is often related to a decrease in memory, difficulty thinking, or assembling metaphorical puzzle pieces together. By changing some aspects of your life and adding a few brain exercises daily, you give your brain a better chance of staying active. First, for the sake of your brain, give it the sleep it deserves. According to a recent study published in the journal Neurology, sleeping less than 6 to 8 hours a night is directly related to a decrease in brain matter over time. Scientists from Oxford University in England collaborated with the University of Oslo in Norway to collect and compare brain scans of 147 Norwegian adults for 3.5 years. Participants in the study were asked to answer questions about their sleep quality, habits, and daytime sleepiness. On average, it takes about 20 minutes for participants to fall asleep, and they sleep an average of seven hours per night. Those with poor sleep quality have a marked shrinkage in the volume of their frontal cortex, in addition to deterioration or atrophy in three other areas of the brain, including those responsible for reasoning, planning, memory and problem solving. Your brain is made of gray and white matter. However, gray matter is a large part of the central nervous system and this is where the majority of neurons in the brain are located. Neurons make it possible to think, see, hear, speak, feel, move, etc. The white matter, it takes its name from all the myelinated white axons that it contains and which are used to increase the speed of messages in the brain. The gray matter, on the other hand, is the key to treating the information once it is transported along the nerve fibers until it reaches its destination. The shrinkage of the brain can lead to psychosis by reducing the amount of activity fueled by your thoughts, which is exactly why antipsychotic drugs are known to reduce the brain. The volume of gray matter decreases with different types of antipsychotics, and the more the doses increase, the more the Grey matter  shrinks .People with depression also have to worry about the condition of their brain, according to a study by Yale researchers who observed a reduction in dendrites, structures that receive messages from one neuron to another, due to to a lack of pleasure and happiness. Researchers have studied mice and found that when they received a drug to block the accumulation of stress, they stopped producing harmful proteins for the brain. Major life stresses can effectively reduce the activity of neurons in the prefrontal cortex (CPF) which is responsible for glucose metabolism, the treatment of emotions, and problem solving. Another part of the brain, responsible for motivation towards a reward, is called the striatum. German scientists recently revealed in a study that pornography consumers are experiencing a decrease in gray matter. Read the difference between grey and white brain matter

Men between the ages of 21 and 45, who frequently used pornography, had the least amount of gray matter. The more a person looks at the pornography plus the connections between the striatum of the brain and the PFC, also responsible for controlling impulsivity, social control, emotional management and control of sexual urges, are damaged. The researchers believe that these findings suggest that those who watch pornography have less control and more questionable decision-making than the average person. Tips for improving the functioning of your brain: -Change hands for your daily activities and try to exercise your brain in a different way. If you are right-handed, take your pen with your left hand and try to write a few sentences each day. Perform simple tasks, such as eating or brushing teeth, changing hands to force your brain to relearn in a new way.

With vitamin B and omega-3

Oxford-based researchers report that in older people with mild cognitive impairment, vitamin B supplements can prevent dementia or slow down age-related memory decline but only when you have high blood levels of omega-3s.

Here, researchers sought to find out whether plasma omega-3 concentration altered the effect of vitamin B supplementation on the rate of brain atrophy. In this trial called VITACOG, 168 people over the age of 70 with mild cognitive impairment received either placebo or high-dose vitamin B supplements (folic acid or vitamin B9, vitamins B6 and B12) for 2 years. Plasma levels of omega-3 were determined and participants had brain MRIs at baseline and 2 years later.

Data indicate that in people with mild cognitive impairment, vitamin B supplementation slows brain atrophy by about 40% compared to placebo, but only in people with the highest omega-3 levels at the beginning of the study. Indeed, in people with low blood levels of omega-3, supplements folic acid and vitamins B6 and B12 have no beneficial effect.

The level of omega-3 fatty acids is modulated by the amount of fat rich in alpha-linolenic acid (nuts, linseed, rapeseed and linseed oil …) and EPA and DHA fatty acids that can be produced by the body from the vegetable sources already mentioned, or brought by oily fish, crustaceans, shells. Moderate and regular consumption of wine also increases the level of omega-3 in the blood. We must also avoid the excesses of the family of competing fatty acids, omega-6 (sunflower oils, corn, grape seeds).

-Take a daily dose of 600 mg docosahexaenoic acid (DHA) for six months. This is’ an omega-3 fatty acid that represents the central building blocks of brain tissue. DHA is also known to fight inflammation and plaque buildup. -Physical exercise improves cognitive performance and enhances brain stimulation in neurotropic brain-deprivation factor (BDNF), a substance that strengthens brain cells and neuronal connections. The demonstration is made that the exercise promotes the increase of the number of cells in the hippocampus, responsible for the memory, organization and storage of information. -Meditation will give your brain the power it needs. It lowers blood pressure, heart rate, and anxiety. Yoga, meditation, or prayer can reverse the expression of genes involved in programming cell death. Your brain works so hard for you that taking care of it is the least you can do

Different physical activities (walking, gardening, dancing …) improve brain volume and halve the risk of Alzheimer’s, according to research conducted by UCLA Medical Center and the University of Pittsburgh.

The researchers studied a cohort of the Cardiovascular Health Study comprising 876 people at four sites in the United States. The participants were on average 78 years old and underwent MRIs to measure the volume of brain structures, including those involved in memory such as the hippocampus.

The results show that the increase in physical activity is correlated with larger brain volumes in the frontal, temporal and parietal lobes, including the hippocampus. Higher energy expenditure limited the loss of volume in the precuneus, posterior cingulate cortex and cerebellar vermis.

By increasing physical activity, there is a benefit to the brain with up to 50% less Alzheimer’s risk. Of the approximately 25% of people who had mild cognitive problems associated with Alzheimer’s, the increase in physical activity also had a positive effect on brain volume.

Aerobic physical activity therefore has a neuroprotective effect, improves the structure of the brain and reduces the risk of Alzheimer’s disease.

With a Mediterranean diet

In another study, the researchers collected data for 674 people, who were on average 80 years old and showed no signs of dementia. Participants responded to a food questionnaire about their diet during the past year and then had a brain MRI about 7 months after completing the questionnaire.

People with a diet high in fresh fruits and vegetables, fish, legumes and olive oil, who consume low to moderate amounts of alcohol and who eat less meat and dairy products have a lower brain shrinkage than people who do not have this kind of diet. People whose diet was closest to the Mediterranean diet had a larger brain volume of 13.1 mL than those who did not follow the Mediterranean diet. Their gray matter volume was 5 mL higher and their volume of white matter 6.41 mL larger. It is the high consumption of fish and the low consumption of meat that most influence this association.

“These results are very interesting, they show that it is possible to prevent brain atrophy and the effects of aging brain by adopting a healthy diet,” says Dr. Yian Gu, author of the study. Eating more fish and less meat is associated with lower brain shrinkage. “Consuming 85 to 150 g of fish a week and no more than 100 grams of meat a day would provide important protection against the loss of brain cells, equivalent to 3 or 4 years of aging”
The benefits of the Mediterranean diet include fish omega-3 fatty acids that help keep nerve cells healthy, red wine and other antioxidant sources, and B-vitamins that can help slow down your body’s health. atrophy of the brain.

Mediterranean diet and brain structure in a multiethnic elderly cohort. Neurology, Publish Ahead of Print, 21 October 2015. 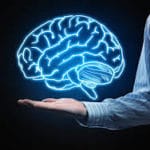 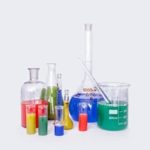