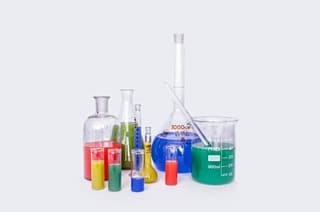 Human being, like everything we know, is composed of matter . The study of such composition is the main objective of the branch of science known as chemistry. This has traditionally been distinguished between organic and inorganic matter, which has led to two specializations in that science, each dedicated to one of the two types of matter.

Chemistry: your field of study

Chemistry is the scientific discipline that has as object of study the composition and structure of the matter and is in charge of investigating and analyzing the reactions that are generated during the interaction between the different elements.

This discipline is of great importance and is considered one of the main ones within the so-called natural sciences, starting many other sciences from it. It also allows not only the theoretical knowledge but the use and practical application of this information in the creation of new materials and substances.

Within chemistry we can find different specialties, being one of the first and best known the division between organic and inorganic chemistry. While the first is responsible for the study of those elements that are part of living beings, the second refers to the study of the rest of the elements.

Although organic and inorganic chemical background  are very related, they present some differences. Next we will see the main differences between both types of chemistry.

1. Types of compound with which one works

The main and most marked difference between organic and inorganic chemistry is found in the type of compounds with which each one works.

Organic chemistry works with all those components whose structure is based on or in which carbon appears and its interactions with other substances or elements (especially hydrogen and oxygen, as well as nitrogen). That is to say, on the chemical bases of the matter that shapes the living beings (life as we know it is based on carbon and its derivatives).

With regard to inorganic chemistry, it works with any compound that does not contain carbon (with the exception of some compounds such as carbon dioxide), its structure and properties and its interactions with other components.

2. Type of links between molecules

Another differential element between the two is the type of link between molecules that is usually observed in each one . In organic chemistry it is very frequent that it is covalent bonds, while in the organic the ionic bond prevails.

This difference is derived from the previous ones: although in both branches similar chemical reactions are observed or that act under the same principles, each of them has reactions in which it tends to specialize. Inorganic chemistry explores processes such as oxidation, crystallization, endo and exothermic reactions and electrical conduction, while in organic chemistry we find reactions such as combustion, fermentation, hydrogenation and photochemistry.

The investigations of the chemistry, as much of the organic as the inorganic, have allowed to obtain a deep knowledge of the operation and behavior of the matter. 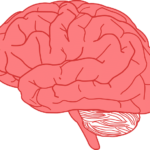 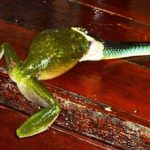