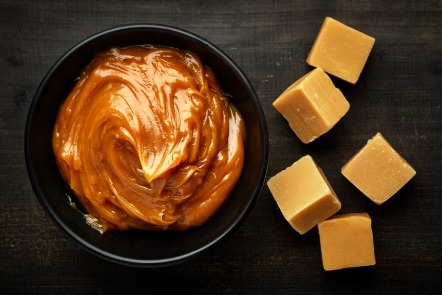 Solidification  is a physical process that leads to the material of a liquid state changing to a solid state , by altering the conditions of temperature (freezing) or pressure, or through loss of moisture by evaporation (drying). It is the reverse process of fusion .

Solidification goes through the following stages:

Ice making . By bringing the water to its freezing point of 0 ° C, the liquid loses its mobility and goes to the solid state, forming ice with the shape of the container in which the water was contained.

Candle making . Prepared from paraffins derived from petroleum, they are given their characteristic shape and the wick is introduced, the wax being more or less liquid due to the effect of heat. Then, when cooled, the wax hardens and remains solid until the wick is lit, since the fire returns liquidity.

Jewelry making . Gold, silver and other precious metals are used in the manufacture of jewelry: rings, necklaces, etc. Once in liquid state, the metal is allowed to cool in a specific mold, from which it will be solid and resistant.

Manufacture of chocolate . To make chocolate, a powder obtained from roasting and grinding cocoa is used, mixed with water and milk to make a semi liquid paste, which is then cooled and dried to acquire the specific forms of its commercialization.

Brickmaking . The building bricks are made from a mixture of clays and other elements that, in a semi-liquid paste, acquire their specific shape. Then this mixture is baked to remove moisture and give it strength and resistance.

Glassmaking . The production of glass containers of all kinds starts from the fusion of the raw material (silica sand, calcium carbonate and limestone), until it is given the right consistency to blow and shape it, and then cool it and allow it to obtain its characteristic hardness and transparency .

Manufacture of tools . From liquid steel (iron and carbon alloy), various everyday tools and utensils are manufactured, whose resistance to impacts, pressure and heat are important, since the fusion of steel occurs at very high temperatures ( around 1535 ° C), rarely achievable outside industrial furnaces. The liquid steel is allowed to cool and solidify in a mold and the tool is obtained.

Preparation of gelatin . Although it is a colloid (semi solid), obtained from a suspension of the collagen of the pulverization and subsequent hydration of connective tissues of animal origin, it is an example of solidification by losing the heat indispensable to elaborate the liquid mixture.

Manufacture of latex . Latex is a colloidal solution of fats, waxes and resins of vegetable origin, and the most elastic material known. Its production for gloves or condoms begins with the collection of the substance and its chemical treatment to keep it liquid, its subsequent ironing and the elaboration of very thin layers of the substance that, now, it is allowed to dry and solidify.

Gestation of igneous rocks . The igneous rocks have their origin in the volcanic magma that inhabits the deep layers of the earth’s crust, which when sprouting to the surface cools, densifies and hardens, until becoming stone.

Making candy . These sweets have their origin in the burning and melting of common sugar, to obtain a liquid brownish substance that can, once poured into a mold, be allowed to harden to make a caramel.

Freezing of mercury . At 45 ° C below zero, mercury solidifies, also known as liquid silver, whose presence at room temperature is normally fluid.

Modeled clay modeling . Clay is a type of soil that, when hydrated, becomes malleable and allows the elaboration of vessels, figures and craft utensils. Once dehydrated, the clay hardens and solidifies, becoming a resistant material.

Manufacture of sausages . As other sausages, blood sausage is made from coagulated and marinated blood, cured inside the skin of pork casings. When coagulating, the liquid blood becomes the solid flesh of the blood sausage.

Manufacture of butter or margarine . One of the processes of industrial manufacture of these foods consists of the saturation of oils of vegetable or animal origin, that is to say, their hyper hydrogenation, to force the simple bonds to become double bonds. Through this process, the oil becomes solid or colloid (like butter) at room temperature. 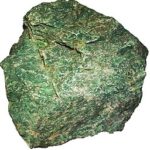 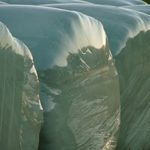