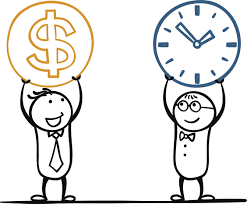 Creating businesses from home and using what we have (usually material goods) has become fashionable. In fact, televisions advertise multiple portals for buying and selling second-hand products so that, only with the use of the internet, without infrastructure, interested users can obtain benefits by giving a new destination to their belongings, which they had temporarily abandoned. This way of introducing goods to the market is what the collaborative economy or sharing economy models frame . Surely this concept is totally new to you, but perhaps not so much the names of companies like Uber or Vinted.

To bring this economic model closer to users and to inform about the favorable and unfavorable situations that revolve around it, we have prepared a summary of the collaborative economy or sharing economy . So, if you want to know more about how the sharing economy works, what are the different elements of the sharing economy and what are its benefits, keep reading this lorecentral article about what the sharing economy is and examples , where you can also find out more in the existing conflict and the limits presented by this model of economic development.

What is the sharing economy and how does it work

The collaborative economy is a new model of economic development , based on access to resources and their benefits through the provision of services, but without the need to become their owners, which works essentially through exchange . But how exactly does the sharing economy work ?

Driven by the studies of Gansky (2010) and Botsman and Rogers (2010), collaborative models have gained special relevance in recent years, thanks to the technological development and communication networks, such as the Internet, used as a tool to attend to the consumer needs.

In fact, in Gansky’s book The Mesh: Why the Future of Business is Sharing , the author identifies four distinctive traits in sharing economy business :

For this type of economy to materialize, as Botsman and Rogers point out in their publication What’s mine is yours: the rise of collaborative consumption, it is essential:

Finally, it is worth noting the heterogeneous nature of this type of collaboration economy – it encompasses numerous activities and productive processes that may even be antagonistic – as it has raised significant controversy because in certain sectors it can be very favorable and be an opportunity for development. labor market, while in others it is a risk .

Depending on the purpose of users and companies, 4 basic activities are distinguished from which the collaboration economy can be developed:

Considering the forms that collaborative consumption presents, it is possible to distinguish:

Referring to the second of the activities, collaborative production refers to the design, development and distribution of products and projects in collaboration.

Along the same lines, collaborative learning includes free and free access to reports, books, readings (for example: Mooc and Coursera platforms) and, therefore, collaborative teaching and the contribution of knowledge (as is the case with Wikipedia) .

Finally, in collaborative financing stand out, on the one hand, crowfounding or direct and mass financing of a project and, on the other hand, the peer-to-peer (P2P) lending that connects potential investors with those who need a loan . Alternative currencies and group insurance policies (Wesura) are also included.

Examples of the sharing economy

The main sectors of the collaborative economy from 2005 to 2015 were, in this order, from highest to lowest involvement: transport, accommodation, financing and the exchange of services and products.

In addition to those shown in the previous section, below are more examples of the sharing economy :

Advantages of the sharing economy

As has been commented in previous sections, the collaborative economy generates positive externalities that favor its implementation and success in certain sectors. The benefits of the sharing economy include:

Disadvantages of the sharing economy

Knowing the collaborative business models that have been mentioned throughout the article, it is possible that we can identify some of the problems that have taken place and that, without a doubt, mark the disadvantages of this type of economic model. A recent case could be the conflict between Uber and Taxis. On this basis, the biggest drawbacks of the sharing economy are: 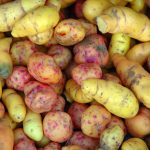