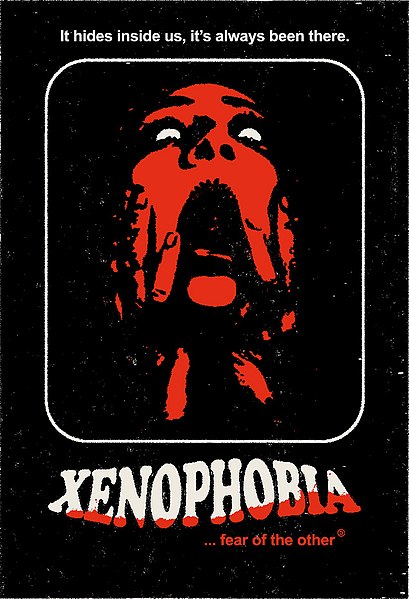 The concept of xenophobia is a cultism from the Greek words ” xeno ” (foreigner) and ” phobia ” (fear), and indicates fear or rejection abroad. It should not be confused with racism, since xenophobia can occur in front of people of the same race but from a different country. In addition, racism requires an intellectual condition greater than xenophobia. Here are some examples of xenophobia typical throughout the world.

We can define xenophobia as rejection, hatred or hostility towards foreign people or towards things that come from outside . The word xenophobia is composed of the words xeno and phobia, which descend from the Greek roots ????? (xénos), which means ‘foreigner’ and ????? (phobia), which indicates fear, fear of the foreigner or the outside.

The manifesto of xenophobia comes through discriminatory actions or expressions hostile and deliberate towards foreign people or things. Intolerance and disapproval of those things or people that come from different cultures provoke attitudes that range from indifference, lack of empathy and rejection, which can lead to contempt, physical aggression and even murder. Xenophobia is considered, in some cases, as a crime.

However, not all forms of xenophobia are intended for ethnic minorities, different cultures, … In many cases they are related to conflicts of ideology, culture clashes or politics.

Xenophobia in the field of psychology is a disorder that is caused by fear of the unknown, everything is different. Those who suffer from this type of disorder have experienced an experience in the form of trauma in the past that relates it to the new or unknown situation. People who suffer from it suffer from extreme anxiety or anxiety, moving away from social contact with any strange person. They may have crises or panic attacks.

1. Persecution and attacks against Venezuelans in Latin America

After a femicide committed in the city of Ibarra (Ecuador) by a Venezuelan citizen who murdered a young Ecuadorian in front of police officers, a series of aggressions and persecutions towards the natives of Venezuela were provoked, especially after the words issued by the Ecuadorian president, Lenín Moreno, who said he will take measures such as “the immediate formation of brigades to control the situation of Venezuelan migrants in the streets, at workplaces and at the border.”

These actions are linked to other discriminatory acts against Venezuelans in several regions of the continent. Given this, thousands of citizens have returned to Venezuela thanks to the support of the Vuelta a la Patria Plan, a program established to bring back those migrants who have been subjected to abuse, xenophobia or labor precariousness in different countries of the region, such as Brazil, Peru, Ecuador, Colombia, Dominican Republic, Argentina, Chile and Panama.

The following examples of xenophobia are given in different parts of the world, but, in all cases, it is about xenophobia:

2. US Government against Central American migrants

Since his election campaign, the president of the United States. Donald Trump maintains a racist and xenophobic discourse against Central American migrants, whom he describes as criminals, so it has been proposed to build a border wall that prevents migration flow, as well as the militarization of the border.

Historically, this nation has always maintained anti-immigrant laws and policies, since the Law of Sedition and Immigration was passed, passed by John Adams, the second president of the United States, in 1798, which established that immigrants were subject to deportation. if they were considered “dangerous for the peace and security” of this nation.

3. Europe as a focus of xenophobia

Given the recent wave of migration that has occurred in several countries in Africa to Europe, many countries belonging to the European Union have closed the doors and avoid opening their borders for the free passage of migrants from this continent.

In nations such as France, Italy, Germany or Greece, anti-immigration laws have been promoted, especially influenced by the proliferation of far-right parties in the political landscape of these countries. Port closures, xenophobic speeches by political leaders and racist attacks have been some of the samples of several of the most representative nations of the continent on this particular topic.

This particular attitude is not something new in this area, since this distrust towards the immigrant has been generated before, such as the case of the Spaniards against the gypsies, a group that has experienced racism and segregation throughout its History in this country

On the island of Hispaniola, where the Dominican Republic and the Republic of Haiti coexist, there is a circumstance that both countries have a bitter hatred between them, especially from Dominicans to Haitians (for being the second poorest). This is a clear example that xenophobia does not depend on race, but on whether or not it is foreign.

4. The persecution of the Jews in the Europe of Nazism .

The National Socialist government headed by Adolf Hitler, trigger of the Second World War and the tragedy known as the Jewish Holocaust, enacted legislation in the mid-twentieth century that snatched citizens of Jewish origin and other foreign peoples considered “inferior” (gypsies) , Slavs, etc.) all kinds of civil rights and reduced them to the notion of slaves .

The North African immigration in Spain is large. If you add to this the condition of relative poverty in which the Maghreb are in front of the Spaniards, it is normal for them to be xenophobic. However, it does not reach the level of racism, since they are not considered inferior, but simply foreigners in a place that is not theirs.

Conflicts between payos and gypsies is one of the most common in any country, and it is a curious case of xenophobia, since, in most countries, neither is a foreigner. However, cultural difference serves as a pretext to generate opposition and conflict.

With deep roots in the twentieth century, this conflict confronts the nation of Israel, founded in 1948, against its neighbors of Arab origin, especially the Palestinians, who occupied the territory in which the young Jewish nation was established. This complex conflict has resulted in hostilities and wars between both sides, and not a few acts of xenophobic violence by Israel , a more powerful state and allied to the US, such as massacres, expulsions and illegal land grabs.

After the Secession War of the United States, many organizations of the extreme right emerged with a xenophobic ideology that tried to limit all the rights of slaves. One of the most famous groups was the Ku Klux Klan .

9 . Israel and the Middle East

The wars in that region are historic and it is impossible to see an Israeli in some Muslim countries and vice versa. Nationalist groups in Israel reject Arab immigration.

The economic crises in the Central American countries increase the arrival of illegal immigrants to the country of Mexico.

The Latin American crisis at the end of the 20th century caused a restructuring. Those born in Paraguay, Peru and Bolivia make them go to Argentina to look for work, causing an outbreak of xenophobia in some people.

I hope that these examples of xenophobia have helped you to understand a little better what it is and why it is present in so many human communities. 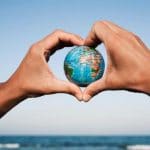 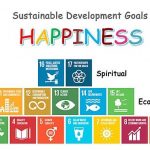