The use of digital radiography has increased considerably since its introduction to the market by Trophy in 1987 its use because it produces snapshots. This technology has a loading device inside an intraoral sensor that produces an immediate digital image on the monitor, there is a large number of digital applications in the medical area, radiology being one of the most used

Direct digital radiography, unlike digitalized radiography, uses electronic sensors sensitive to x-rays that are placed in a similar way to the common film. The electronic sensor is connected to a computer, creating a radiological image that will be displayed immediately on the monitor. The extreme sensitivity of the sensor allows a reduction that varies from 30% in skull radiographs to 60% in panoramic and up to 90% in radiation decrease in intraoral radiographs.

In photography and digital radiology the result can be analyzed immediately, edited, enlarged, the contrast and luminosity can be increased or decreased to obtain the best possible image of the object under study and preserve it electronically or in print.

The collateral benefits are:

Diagnosis and delivery of results

The ease with which electronic images can be modified, arouses the suspicion that they could be adulterated for illicit acts. And digital radiographs are probably easier to modify than photographs. Modifications made by an amateur can be identified by enlarging the images. Even the finest modifications with a high degree of contrast, which require time and a lot of technique, can be identified by a specialist in digital images. However, a specialized technician can make the modifications so perfect that even another technician could not distinguish them.

This suspicion has created a shadow of doubt about the use of photographs and digital radiographs as a valid document in support of an experimental work or as evidence of legal aspect in judicial conflicts. In the biomedical field an image can become the difference between the positive or negative result of an investigation between the truth and the fallacy is not merely a matter of a technical nature, it is primarily a matter of ethics. Numerous illicit acts have been discovered in the use of photography and conventional radiology and this has not lost its validity, the technological improvement in imaging leads us to the same path,

All this predicts new specialists in cybercrime in the biomedical area to detect and uncover the scientific frauds that could arise from these new technologies, it will not be the editors, the lawyers or the judges who will interpret these images, they will be specialized imager who will verify and detect any adulterated image.

While this happens as a preventive measure, the recommendation to biomedical editors regarding any doubt related to images in an article to be published in their journals would be to request the author to digitally copy the image (not printed) and proceed to extend it to at least 4 times its size. original size with any image processor, this will allow you to observe the areas of variation of contrast and or color in the image that could raise any suspicion of fraudulent alteration of the same. If you see any area where the variation of the contrast or color is abrupt or suspected of it, ask for a review of the image by a specialist in image management and he will be able to get you out of doubt. 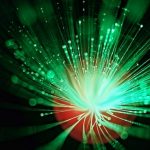 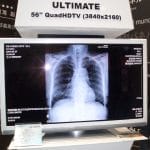