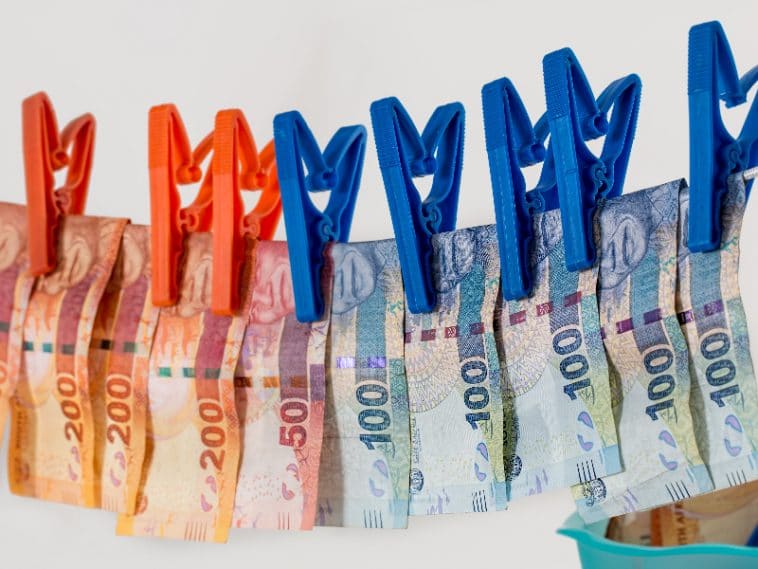 Some of the effects of money laundering and terrorist financing are:

Increase in Crime and Corruption: Money laundering with positive results helps improve the profitable aspects of criminal activities. When a country is considered a money laundering paradise, it will attract people who will commit crimes. Generally, paradises for money laundering and terrorist financing have:

A restricted definition of institutions covered by anti-laundering laws and regulations,

Poor control of laws, light penalties, rules that hinder the confiscation or freezing of assets related to money laundering.

If money laundering is widespread, there will also be more corruption, because criminals will try to bribe government officials, lawyers and employees of financial and non-financial institutions so they can continue doing their illegal negotiations.

Weakening of the Legitimate Private Sector: One of the most serious microeconomic effects of money laundering falls on the private sector. It is known that money launderers use screen companies, or businesses that appear to be legitimate and carry out legitimate activities but are actually controlled by criminals, and mix funds from illegal activities with legitimate funds, to hide bad money.

Finally, by using screen companies and other investments in legitimate companies, money laundering funds can be used to control entire industries or sectors of the economy of certain countries.

This increases the potential for monetary and economic instability due to inadequate allocation of resources in artificial distortions of asset and commodity prices . It also provides a vehicle for tax evasion, thus depriving the country of resources.

Weakening of Financial Institutions: Money laundering and terrorist financing can impair the efficiency of a country’s financial sector. They can adversely affect the stability of banks or other financial institutions individually, such as securities companies and insurance companies. In fact, criminal activity has been associated with a number of bank failures worldwide, including the failure of the first bank on the Internet, the European Union Bank. Moreover, some financial crises of the 1990s – such as the BCCI fraud and money laundering scandal and the Barings Bank collapse in 1995 following a fraudulent derivative market scheme by an employee – had significant criminal components or of fraud

Financial institutions that have funds from crimes have additional challenges to properly manage their assets, debts and operations. The adverse consequences of money laundering are generally described as reputational, operational and risk concentration. They are interrelated, and each financial consequence, such as:

Reduction of the value of the shares of financial institutions.

The reputational risk is the possibility that adverse publicity about the bank’s business practices and associations, whether accurate or not, will cause a loss of public confidence in the integrity of the institution. Lenders, depositors and investors may stop doing business with the institution in the wake of a money laundering scandal involving the institution. The loss of high-level borrowers reduces profitable loans and increases the risk of the overall risk portfolio. Depositors can withdraw their funds. Moreover, funds placed in a deposit with a bank by money launderers cannot be considered a stable source of financing.

Large sums of washed funds are often subject to early withdrawals through wire transfers or confiscations from the authorities, causing possible liquidity problems. Operational risk is the possibility of loss resulting from inadequate or failed internal processes, individuals and systems or external events.

Such losses occur when institutions incur reduced, terminated or increased costs for interbank or correspondent banking services. The increase in obtaining loans or financing costs can also be included in such losses. The legal risk is the possibility of lawsuits, adverse judicial sentences, unenforceable contracts, fines and penalties that generate losses, increasing the expenses of an institution, or even the closure of such institution.

Money laundering involves criminals in almost every aspect of the money laundering process. As a result, legitimate clients may also be victims of a financial crime, lose money and sue the institution claiming reimbursement.

There may be investigations conducted by banking or legal control authorities that result in cost increases, as well as fines and other penalties. Also, certain contracts may be unenforceable because of the fraud existing by the criminal client.

Concentration risk is the possibility of loss resulting from excessive exposure of credit or loans to a borrower. Regulations generally restrict a bank’s exposure to a single borrower or a group of related borrowers.

The lack of knowledge of a particular client or who is behind that client, or what is the relationship of a client with other borrowers, can place the bank at risk in this regard.

This is a point of interest when there are related counterparts, connected borrowers, and a common source of income or assets to make repayments.

Loan losses can also result, of course, from unenforceable contracts and contracts made with fictitious persons. For these reasons, the Basel Committee on Banking Supervision has issued statements such as the 2001 Client Due Diligence Document for Banks on the prevention of criminal use of its members’ banking systems for the purpose of money laundering.

Loss of control or errors in decisions related to economic policy: Due to the large sums of money involved in the money laundering process, in some emerging market countries these illicit funds may decrease government budgets, resulting in a loss of control of economic policy by governments or in policy errors due to errors in the measurement of macroeconomic statistics resulting from money laundering.

Money laundering can adversely affect currencies and interest rates as washers reinvest funds where their fraud plans are less likely to be detected, rather than placing them where the rates of return are higher.

Volatility in exchange and interest rates may also arise due to unanticipated international funds transfers.

To the extent that the demand for money changes from one country to another for money laundering – resulting in misleading monetary information – it will have adverse consequences for the volatility of interest and exchange rates, particularly in dollarized economies, since the Tracking monetary accruals becomes more uncertain. And money laundering can increase the threat of monetary instability due to the misallocation of artificial distortion resources in asset and commodity prices .

Distortion and Economic Instability: Money launderers are not interested in generating profits from their investments but in protecting their funds and hiding the dirty origin of the funds. Thus, they “invest” the money in activities that are not necessarily economically beneficial in the country where the funds are located.

Moreover, to the extent that money laundering and financial crimes direct successful investment funds towards lower quality investments, economic growth can be damaged. In some countries, entire industries, such as construction and hospitality, have been financed not by their real demand, but by the short-term interests of money launderers.

When these industries no longer serve money launderers, they abandon them, causing these sectors to collapse and immense damage to the economies that could poorly withstand these losses.

Loss of Tax Revenue:Of the underlying forms of illegal activities, tax evasion is, perhaps, the one with the most obvious macroeconomic impact. Money laundering decreases tax revenue and thus indirectly harms honest taxpayers. It also makes the collection of taxes by the state more difficult. This loss of income generally translates into higher tax rates than it would normally be if the non-taxed crime funds were legitimate. The government deficit is at the center of the economic difficulties of many countries, and correcting it is the main focus of most economic stabilization programs. The IMF has been participating in efforts to improve the tax collection capabilities of its member countries. Although the small business sector is an important link, it also generates economic growth. Therefore it is possible that in many countries at a relatively early stage of economic development they are especially prone to tax evasion and money laundering associated with it.

Risks to Privatization Efforts: Money laundering threatens the efforts of many states to introduce reforms in their economies through privatization.

Criminal organizations can make higher offers than legitimate buyers of companies that were previously state-owned. Moreover, while privatization initiatives are generally economically beneficial, they can also serve as a vehicle to launder funds.

In the past, criminals have been able to acquire marinas, hotel complexes, casinos and banks to hide their illegal funds and continue their criminal activities.

Country Reputation Risk: The reputation of being a money laundering or terrorist financing paradise could have negative effects on the development and economic growth of a country.

It decreases legitimate global opportunities because foreign financial institutions may decide to limit their transactions with money laundering haven institutions, since the necessary extra scrutiny will make them more burdensome.

Legitimate businesses located in money laundering havens may suffer reduced access to world markets (or they will have to pay more to gain access) because of greater scrutiny of ownership and control systems.

Once the country’s financial reputation is damaged, reviving it is very difficult and requires significant government resources to rectify a problem that could have been avoided with anti-laundering controls owed.

Other effects are special countermeasures taken by international organizations and other countries, such as reduced eligibility for government assistance.

Social Costs: Important social costs and risks are associated with money laundering. Money laundering is a vital process to continue committing certain crimes. It allows drug dealers, smugglers and other criminals to expand their operations. This increases the government cost due to the need to increase the costs of legal control and health care (for example, for the treatment of drug addicts) to combat the serious consequences that result from such activity.

The extreme magnitude of the economic power that results from money laundering has an effect of corruption on all components of society. It could even lead to a virtual purchase of legitimate governments. Among its other negative socio-economic effects, money laundering transfers economic power from the market, the government and the citizens themselves to criminals. 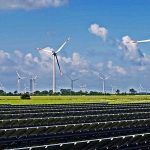 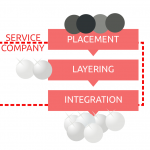