In an autotransformer, the common portion of the single winding acts as part of both the “primary” and “secondary” windings. The remaining portion of the winding is called the “series winding” and is the one that provides the voltage difference between both circuits, by adding in series with the voltage of the common winding

If an alternating voltage is applied between points A and B, and the output voltage between

points C and D, it is said that the autotransformer is voltage reducer.

PRINCIPLE OF OPERATION AND OPERATION

The operating principle is the same as that of the common transformer, so the transformation ratio between voltages and currents and the number returned is maintained.

The primary and secondary currents are in opposition and the total current flowing through the coils in common is equal to the difference of the current of the low voltage winding and the high voltage winding.

It has a single coil wound on the core, but has four terminals, two for each circuit, and therefore has points in common with the transformer

It consists of a winding of ends A and D, which has been made a derivation in the intermediate point B. For now we will call primary to the complete section AD and secondary to the portion BD, but in practice it can be the other way round, when you want to raise the primary tension. 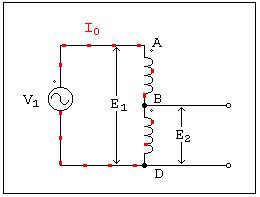 The voltage of the primary network, to which the autotransformer will be connected, is V1, applied to points A and D. shown in fig. 3 Like every coil with an iron core, as soon as that voltage is applied, a current flows that we have called vacuum in the previous theory. We also know that this vacuum current is formed by two components; one part is the magnetizing current, which is 90 ° behind the voltage, and another part that is in phase, and is the one that covers the losses in the iron, whose amount is found by multiplying that part of the vacuum current, by the applied voltage. We call the total current of vacuum I0, as we have done in other opportunities.

There are also autotransformers in which the secondary intake is achieved through a sliding brush, allowing a continuous range of secondary voltages ranging from zero to the voltage of the source. This last design was commercialized in the United States under the generic name of Variac and in practice it works as a source of alternating current in tension. In this way we have a more effective AC machine.

a) A fault in the insulation of the windings of an autotransformer can cause the load to be exposed to receive full voltage (that of the source). This situation must be taken into account when deciding to use an autotransformer for a certain application.

b) The advantages in saving material have a physical limitation, which in practice is a ratio of voltages of 3: 1. For higher voltage ratios, either the conventional two-winding transformer is more compact and economical, or it is impossible to build the autotransformer.

c) In electric power transmission systems, autotransformers have the disadvantage of not filtering the harmonic content of currents and acting as another source of ground fault currents.

d) There is a special connection -called “connection in” ZIG-ZAG “that is used in three-phase systems to open a return path to the ground current that otherwise would not be possible to achieve, maintaining the system ground reference. 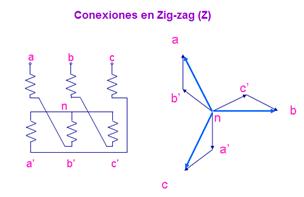 Fig. 6 Autotransformer of a central 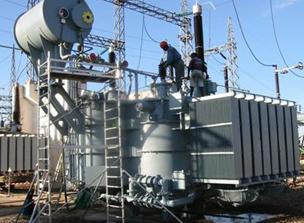 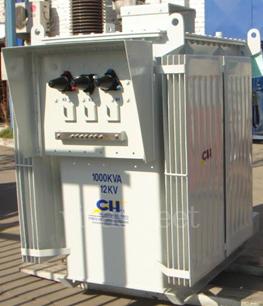 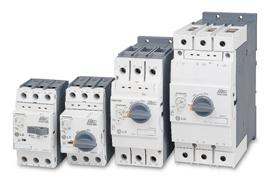 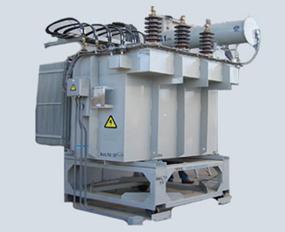 Elsewhere we say that autotransformers offer applications such as railway systems, squirrel-cage motor starters and the rural distribution system 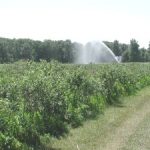