This post will first tell you what id drupal CMS and the give you a list of the pros and cons.

Drupal ( is a content management system or CMS (for its acronym Content Management System ) free, modular, multipurpose and highly configurable that allows you to publish articles, images, files and that also offers the possibility of other added services such as forums, surveys, voting, blogs and user administration, and permissions. Drupal is a dynamic system: instead of storing its contents in static files in the file system of the server in a fixed way, the textual content of the pages and other configurations are stored in a database and they are edited using a Web environment.

It is a free program, with GNU / GPL license, written in PHP, combinable with MySQL, developed and maintained by an active community of users. It stands out for the quality of its code and the pages generated, the respect of web standards, and a special emphasis on the usability and consistency of the entire system.

The Drupal design is especially suitable for building and managing communities on the Internet, it also stands out for its flexibility and adaptability, as well as a large number of additional modules available, making it suitable for many different types of website.

Pros of using of Drupal

The basic installation of Drupal is quite simple and simple, in fact, developers are encouraged to create their own solutions. While it is not very friendly for non-advanced users, for developers it could be “paradise” of possibilities.

Drupal was designed to facilitate integration and interaction with search engines.

Drupal is a scalable system and above all very stable even with large simultaneous quantities of users.

It is a very complete

A great pro of this CMS it includes many features by default so you do not need to install extensions or modules to create any type of web (blog, shop, discussion forum, corporate, etc.) in a few steps.While other CMS are very oriented to a type of web, for example, Magento is a specialist in large online stores, or WordPress is optimized for blogs, Drupal offers the possibility of adapting to many formats in a simple way.

From the control panel, you can edit in a very efficient way the permissions of each user, create user groups and manage all the access points.

Within its multiple functions allows you to make simple graphics editions of the template or the landing without having to leave the editor.

All the content is structured which allows us to re-use it in different landings.

Creation of sub-sections in the forums.

to the is very fast.

It allows users to configure their own profile depending on the permissions granted by the administrator.

Open source. Drupal is distributed with open source, which means the availability of all the advantages of open source software.

Flexible configuration. The main pro of Drupal lies in its flexible architecture. You can apply it to build any type of sites: from social media sites that allow users to post their own content and vote for it, forums and websites with job openings to galleries or publications of designers’ portfolios. Drupal will perfectly cope with the task at hand, with some effort spent by the developer.

A large and competent community of developers. Around Drupal, there is a large, bright and open community of users and developers. This means you have excellent modules, timely bug fixes and kernel updates, and an inexhaustible flow of documentation and manuals on the network.

Modules. For Drupal developed a huge number of modules that extend its original functionality. Ease for developers. As a web developer, you will not feel constrained when working with Drupal. Drupal was developed taking into account the needs of developers. The error of some basic CMS is the excessive emphasis on the user interface, which often attracts a lack of attention to the needs of those who, in fact, will develop and promote the system in the future.

Built-in caching system. Drupal has an integrated caching system which is one of the pros that can reduce the load on the server and shorten the page generation time. Caching allows you to avoid complex queries to the database, which increases the performance of the server.

A decent built-in search engine. Unlike other CMS, Drupal has a very good search engine implemented at the kernel level. Of course, it can not compete with such search services as Google or Yahoo, but it is nonetheless quite suitable for work.

Wide learning curve: You will have to have a complete readiness to read large amounts of documents to understand the Drupal entries, and in many cases, you will find non-intuitive aspects that will lead you to consult blogs, forums, and other specialized pages.

Lack of free Plugins: One of the big cons In Drupal the plugins are called “modules”, and most of the most important modules are not free, which makes it difficult to improve, update and evolve plugins that are seen in other free plugins CMS.

The lack of Topics: Once you make a CMS installation the best option to get a good and unique design is to have a good designer who can adapt the creativity generated by the CMS. If we take a look at WordPress we find the opposite, hence this is, in our view, one of the great disadvantages of Drupal, the lack of themes of sufficient graphics quality.

Extra knowledge: although its functionalities are multiple, its installation requires a little extra knowledge, especially when compared to its competitors WordPress or Joomla !.

It’s a very modern CMS, so if you’re from the old school, it may be difficult for you to adopt a bit to your structure.

It is not prepared for the management of big data. In the event that our website has a lot of content or is a great blog or an online store with hundreds of Drupal articles will leave us a little thrown, because it generates too many requests to the database and does not manage the information in an effective way.

It also does not support much traffic. If your website starts to have many visits be careful since you can suffer constant drops from the server.

It is mandatory to log out before leaving the site.

The forums are a bit disorganized.

A long learning process. One of the cons for people who are new to Drupal is that study of Drupal is somewhat more difficult than studying other CMS. It is difficult to recommend Drupal if you want to make the first site in a week of dating. It will take you more than one month to really understand Drupal, and as much to create the first full-fledged website. However, it should be noted that a small site you can create less than a day.

Complexity for non-developers. Since the needs of developers are at the forefront here, those who are not very familiar with information technology will take some time to get used to Drupal. This means that specialists who are versed in web development only superficially, it will be difficult to create and administer websites on Drupal.

Complicated interface. The interface of administering the site in Drupal is somewhat difficult to understand. In general, he is not as user-friendly as he might be. 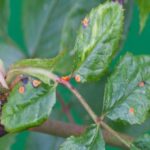 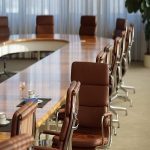