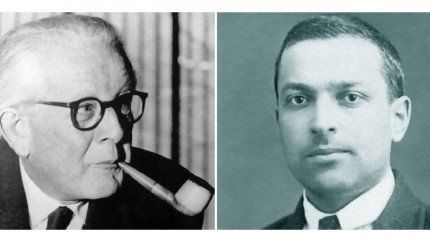 The methods and orientations of teaching have been strongly influenced by the theories of Jean Piaget and Lev Vygotsky . Both authors have contributed to the field of education and psychology, offering explanations about how learning occurs  and  cognitive development at an early age.

Piaget and Vygotsky may differ in some aspects of their theoretical proposals, but both offer teachers and educators good recommendations on how to maximize the learning process in  childhood and  adolescence . Although Piaget and Vygotsky are often presented as rivals, both theories have been very useful for the fields of psychology and education. This goes to demonstrate the complexity of the cognitive development of human beings .

The Theory of Learning by Jean Piaget

The Theory of Learning of the Swiss psychologist Jean Piaget, considered father of constructivism, focuses on the cognitive development of children and adolescents. His theory describes and explains the changes that occur in logical thinking at these ages. Piaget suggested that cognitive development occurs following a series of stages of maturation and experience: sensory-motor, preoperational, concrete operations and formal operations.

Piaget discovers in his theory that thanks to the interaction with the environment we acquire new information. But as a psychologist and constructivist pedagogue, in his research he realized that children have an active role in obtaining knowledge , that is, he considered them “little scientists” who actively build their knowledge and understanding of the world.

A schematic summary of his theory

In summary, below are the key points of his theory :

Lev Vygotsky is also one of the most influential and important authors in the field of education and psychology. The Theory of Sociocultural Development of Vygotsky affirms that individuals learn through social interactions and their culture. Vygotsky explains that dialogue is an important psychological tool in the development of the child’s thinking, and as children grow and develop, their basic language becomes more complex.

In addition, as a constructivist psychologist like Piaget, he thinks that children learn actively and through practical experiences. Now, Vygotsky thinks that learning is constructed through social interactions, with the support of someone more expert. Not like the Swiss psychologist, who says that knowledge is built individually. Vygotsky was important in order to understand collaborative learning and to know more about the influence of the sociocultural environment on the cognitive development of children.

His theory in a few strokes

Some of the basic principles of Vygotksy’s theory are the following:

THE LEARNING THEORY OF BRUNER VS PIAGET AND VYGOTSKY

Similarities between both theories

The theories of Vygotsky and Piaget have similarities, but there are also some differences . First of all let’s start with the similarities.

Both Piaget and Vygotsky are two constructivist theorists, although the latter is considered the main precursor of social constructivism . Both think that children are active learners who actively organize new information with existing information. Therefore, Piaget and Vygotsky postulated that knowledge is constructed by each subject and is not the result of an acquisition of answers .

Both authors think that, over time, cognitive development decreases. They also believe that cognitive development starts with a conflict. For example, in the case of Piaget, when the child realizes that a new idea does not fit with a prior knowledge, and then it is necessary that it seeks a new response to allow the balance.

In addition, both Piaget and Vygotsky share the idea of ??the importance of the game in the psychological , pedagogical and social aspects of the human being. Finally, both think that language is important for cognitive development, but from different perspectives.

Differences between both theories

After seeing the similarities between the theories of these two authors, let’s turn to the differences :

As we see, both authors are constructivists, but Vygotsky differs from Piaget in the role played by the medium and culture. For Vygotsky, besides seeing the child as an active subject that builds his knowledge, he emphasizes the consideration of the social, that contributes with the mediators, to transform reality and education . These mediators have a guiding role to help them in the learning and development process.

In the case of Piaget, learning occurs individually. It is the conflict between the new and what is known that leads the individual to seek balance.

The stages of development

Piaget’s theory deals with cognitive development by universal stages . On the other hand, for Vygotsky there are no such stages, since when constructing knowledge through social interaction, each culture is different and therefore can not be generalized.

Vygotsky thinks that development depends on learning and children learn through history and symbolism. Instead, Piaget thinks otherwise. That is, learning depends on development. Piaget says that intelligence comes from action and does not give much importance to external influences .

The role of language 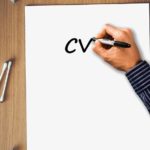 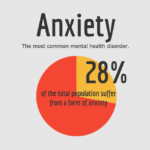