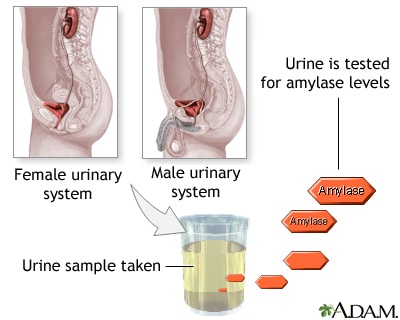 The human body is full of substances that act in the various metabolic processes and that need to be balanced to guarantee the proper functioning of the organism. When the body has an imbalance in the amount of these substances, this can mean the development of some disease that, often, also begins to present apparent symptoms

Performing periodic examinations and going to the doctor is important so that you can correctly diagnose these problems and to have the appropriate treatment for each case.

Let us know what the high amylase problem is, what causes and symptoms of this change, and learn more about the treatment available for the condition.

The digestion process consists of a set of processes in which the nutrients present in foods are converted into smaller substances that can be absorbed and transported into the cells.

For this to happen, the body has the help of enzymes, substances that are large polypeptide molecules and that facilitate the synthesis of other types of biological molecules.

Amylases are digestive enzymes that catalyze the hydrolysis reactions, ie, breakdown, amylopectin, amylose and glycogen (which are carbohydrates), turning them into maltose and dextrins so that they are easily ingested. They are produced by the pancreas and salivary glands, being found in saliva in the form of alpha-amylase (also called ptyalin) and in the pancreas as pancreatic amylase.

Initially, the food undergoes the action of the enzyme ptyalin that is in the saliva and comes into contact with the substrate during chewing. Later, this enzyme will be inactivated by stomach acid and the food bolus will go into the intestine, where the polysaccharides that have not yet been broken in will come into contact with another enzyme, pancreatic amylase.

Salivary amylase is also essential to prevent tooth decay, since residues of carbohydrate-rich foods that remain in the teeth after chewing can favor the growth of bacteria that produce acids that can corrode tooth enamel. Thus, when there is more saliva production, there is also less tendency to develop dental caries.

What is high amylase?

In order to be able to identify the amylase values ??in the patient, it is important to have a blood test. Reference values ??for the adult amylase test range from 20 to 160 units per liter, characterizing normal amylase rates.

When rates of amylase or other substances such as lipase, for example, undergo modifications, this may indicate the development of changes in the body and the presence of diseases.

When these rates are above normal, characterizing a high amylase, also known as hyperamylasemia, this may mean a sign of inflammation, a possible disease in the pancreas or salivary glands. When values ??are below normal, this may indicate a pancreatic insufficiency or even the presence of serious diseases in the liver.

Amylase is a very important and classic marker of the pancreatitis problem, being easily identified through a blood test in clinical analysis laboratories. Despite this, it is important to make a greater evaluation to obtain the diagnosis, because this marker is not specific, and there may also be a high amylase in cases of pregnancy or renal failure.

Verification of amylase is used for the diagnosis of pancreatitis, parotitis and macroamylasemia. During the phase of injury to the cells of the pancreas, this enzyme will flow into the lymphatic system, reaching high levels in the blood vessels. When rates are three to five times higher than the normal amylase rate, significant levels of high amylase are already considered.

What are the main causes and symptoms of high amylase?

The main causes involved in the high amylase problem are as follows:

The main symptoms involved in the problem of high amylase and in cases of acute pancreatitis can vary greatly according to each person; however, there are some common symptoms that are: progressive pain in the upper abdomen, pain radiated back, nausea and vomiting, gas, hiccup, swelling, tenderness in the abdominal area, jaundice, rash or skin lesions, skin slightly yellowish, indigestion, among many others.

When an amylase increases as a result of inflammation in the pancreas, the hormone does not produce the hormone insulin correctly, and the patient may also have symptoms of diabetes, such as excessive thirst, urge to urinate frequently, extreme tiredness, perspiration, loss of weight, among many others.

What is the treatment for the high amylase problem?

The treatment of acute pancreatitis usually requires hospitalization of the patient so that the inflammation in the pancreas is stabilized and controlled, preventing further attacks of the disease. Treatment usually involves the use of analgesic drugs such as intravenous fluids and interruption of mouth feeding is also required to limit pancreatic activity. In more severe cases, surgery may be necessary to remove dead or infected pancreatic tissue.

It is also important that the patient take some care to avoid an increase in amylase levels, avoiding the consumption of alcohol that can cause irritation in the pancreas or liver, as well as avoiding the use of medications that can increase the amount of this enzyme in the blood .

It is also recommended to follow a diet low in fat and high in fiber, while also maintaining adequate hydration and fluid intake.

Amylases are digestive enzymes that catalyze the hydrolysis reactions of carbohydrates. They are produced by the pancreas and salivary glands, being found in saliva in the form of alpha-amylase (also called ptyalin) and in the pancreas as pancreatic amylase. When these rates are above normal, characterizing a high amylase, this may mean a sign of inflammation, a possible disease in the pancreas or salivary glands.

The main symptoms involved in the high amylase problem are progressive pain in the upper abdomen, radiated pain in the back, nausea and vomiting, gas, hiccup, swelling and tenderness in the abdominal region, jaundice, rash or skin lesions, yellowing and indigestion. 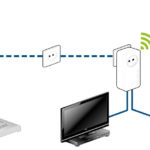 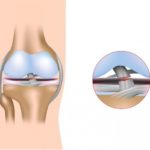