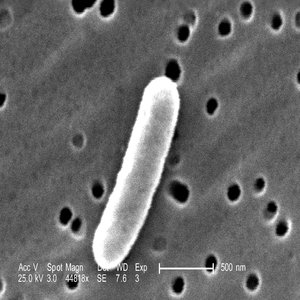 The Escherichia coli,  also known by the abbreviation of the name, E. coli , is perhaps the most studied prokaryotic organism by humans. It is an enterobacteria that is usually found in the animal intestines, and therefore insewage, but it can be found everywhere, since it is a ubiquitous organism.

The bacterium Escherichia coli was initially isolated and described by the German pediatrician Escherich in 1885, who demonstrated its existence as a habitual host of the intestine. He named it Bacterium coli commune , which can be translated as “common colon bacteria”.

It was in 1919 when Castellani and Chalmers gave it its definitive name in homage to Escherich. Escherichiaquickly became the genus typical of the family Enterobacteriaceae and E. coli in the best-known species of this genus.

E. coli is characterized by having Gram negative, non-sporulating bacilli, indole production from tryptophan, not using citrate as a carbon source and not producing acetoin. In addition, it ferments glucose and lactose with gas production.

Like all Gram – bacteria, the envelope of E. coli consists of three elements: the cytoplasmic membrane, the outer membrane and, between both, a periplasmic space constituted by peptide-glucan. This last structure gives the bacterium its shape and rigidity, and allows it to withstand relatively high environmental osmotic pressures.

E. coli is a mesophilic bacterium, its optimal development is in the environment of the body temperature of warm-blooded animals (35-43 ºC). The limit temperature of growth is around 7ºC, which indicates that an effective control of the cold chain in the food industries is essential to prevent the growth of E. coli in food. Freezing has little effect on the population of E. coli in the feed, and does not guarantee the destruction of a sufficient number of viable bacteria to ensure its safety. However, E. coliit is sensitive to temperatures above 70 ° C, from which they are easily eliminated; Therefore, it is very important to pasteurize food such as milk, juices, etc., to ensure its elimination.

In addition to temperature, pH and water activity can influence the proliferation of E. coli . The optimal development conditions for these parameters are 7.2 and 0.99 respectively. The development of E. coli stops at extreme pH (less than 3.8, or above 9.5), and a w values less than 0.94. Therefore, the degree of acidity of a food can be a factor of protection and ensure its safety.

E. coli has multiple characteristics and facets, and is the best studied bacterial taxon, although knowledge of wild strains is still partial. It seems that the faculties of adaptation of this bacterium are rare, due to the acquisition of new genotypes from plasmids, bacteriophages, and other elements that transmit their genetic material. In addition, its known ubiquity capacity favors the repeated appearance of strains with new properties, including pathogenic capacities not easily recognizable.

The characterization of serotypes is the first technique that has made it possible to differentiate the pathogenic strains of the diners, it is done by studying the virulence properties that are directly linked to the pathogenic capacity of E. coli . Numerous factors have been described that intervene in the pathogenic power of E. coli, among them are the adhesion factors. The adhesion is determined by the presence of fimbrias, which give the cells the ability to bind specifically to a cellular receptor. The fimbrias are fine filaments of a protein nature arranged around the bacterium and with a termination that adheres to the cellular receptor. This adhesion is carried out by an outer membrane protein called intimin, which plays an essential role in anchoring E. coli in mammalian epithelial cells, promoting the first stage of colonization.

The bacterium first adheres to a white intestinal cell by binding and fitting with its receptor, called the intimin translocator receptor (Tir), located on the membrane of the host epithelial cell. Bacteria bind to intestinal cells by binding their intimin proteins to inserted Tir proteins. It has been observed that the protein complex has rigid extensions with attachment structures located at the end of the intimin, which are stretched to grab the receptor. The arms of the protein are bent in such a way that they are able to attach the bacteria to the surface of the intestinal cell. The crystallographic structure demonstrates that each Tir consists of two units, which form a structure called a dimer. That dimerization intersects the system, like the surfaces of a closure that stick together. When you have only one pair of criss-crossed points, the strength of the closure is weak, but if you have a whole group of them, good adhesion is achieved. By joining the intestinal cell, the bacterium probably uses innumerable junctions between intimina and Tir, and sinceE. coli is a large bacterium, when you have many of these complexes joining the bacteria to the surface is achieved, given the resistance of these elements, a strong adhesion.

There are numerous strains of E. colithat can be found in human pathology and that have a marked virulence. They are known as agents responsible for childhood gastroenteritis, especially in developing countries, causing the death of nearly one million children each year due to dehydration and other complications. This family of pathogens also includes E. coli O157: H7, which in the USA causes at least 20,000 cases of bloody diarrhea and more than 200 deaths per year, due to renal failure that occurs especially in young children and the elderly.

Pathogenicity is a function of some surface antigens and the toxins they generate. Thus, the fimbrias act by providing their adhesion capacity, the O and K antigens have antiphagocytic and inhibitory properties of the bactericidal substances of the serum, and are responsible for the virulence of the invasive strains, whose synthesis is encoded by genes found in plasmids of high molecular weight. They present an endotoxin linked to lipopolysaccharide, especially lipid A, responsible for the pyrogenic action and probably the vascular alterations that occur in generalized infections. Some strains can produce exotoxins responsible for the production of diarrhea, whose synthesis is encoded by the presence of plasmids (Ent plasmids), which in turn may contain genes associated with adhesion capacity and other properties (production of colicins, hemolysins and resistance to antibiotics). The existence of a thermolabile (TL) and antigenic enterotoxin similar to the enterotoxin ofVibrio cholerae, which acts by activating adenyl cyclase, which in turn transforms ATP into cyclic AMP, producing an increase in the secretion of water and electrolytes. There may also be a thermostable (TS) toxin, low molecular weight and non-antigenic, which also produces fluid accumulation in the intestine by a different mechanism and little known, probably through the guanilciclasa route. These toxins do not produce toxic or anatomical alterations of the enterocyte, but of a functional type (cytotonic enterotoxins), being a characteristic of enterotoxigenic E. coli . On the other hand, enteroinvasive E. colistrainsthey are characterized by their ability to penetrate and invade intestinal epithelial cells. It is considered that the penetration capacity is due to the presence of surface antigens, especially of outer membrane proteins, whose synthesis is encoded by plasmids, as has been demonstrated in the genus Shigella .

It has been suggested in some E. coli enteropathogens (0:26) the possibility of production of enterotoxins similar to those produced by Shigella dysenteriae (cytotoxic enterotoxins), which would have a direct toxic action on intestinal epithelial cells, responsible for the destruction of the microvilli of the enterocyte and the production of diarrhea. It has also been shown that serotype 0: 157 produces a cytotoxic enterotoxin (verotoxin) on the endothelial cells of the vessels responsible for hemorrhagic diarrhea.

The EHEC constitute a group of pathogenic bacteria responsible for a number of constantly increasing infections. In the 1980s, EHECS and particularly serotype 0157: H7 were emerging pathogens. In particular, its importance for public health appears in 1982, due to an outbreak in the United States. This bacterium has also caused numerous deaths in recent years (in Japan, the United States, Canada, Scotland and France). Currently, 100 different EHECs have been reported as producers of Shiga toxin. EHECs are responsible for varied clinical manifestations, ranging from a banal diarrhea to a hemorrhagic colitis that can evolve in 10% of the chaos to a haemolytic and uremic syndrome (HUS) in children and the elderly, or thrombotic thrombocytopenic purpura in adults, a disease that consists of a disorder of the blood that causes the formation of blood clots in small blood vessels. This leads to a low platelet count (thrombocytopenia ). There are also other E. coli , not O157 and Shiga toxin producers (STEC) such as O55, O111, O26, O103: H2; O148: H8. 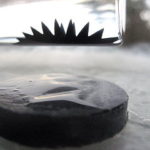 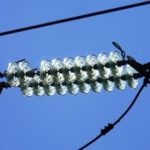