The SIM cards have been used in our mobile for many years and have just changed the size, because the operation remains the same. These cards are used to have operator services, but they are easily damaged and lost. There is a new technology that aims to replace SIM cards, and is called  eSIM . They have the same small size but it is installed directly in the mobile circuits.

For those who are not familiar with eSIM cards , the “e” means that it is integrated into the mobile. It is a technology that established GSMA (International Association of operators). Although for now it has not worked as a chip, but as a temporary storage. In addition, it is reprogrammable and modifications can be added. It should be noted that the eSIM have some advantages and disadvantages that consumers must take into account.

Along with mobile phones, the SIM card has also evolved since its creation in 1991 . The size of a credit card went to the mini-SIM or the classic SIM that began to shrink in size, first to the micro SIM and then to the nanoSIM. And soon we can touch forget all of them, because the eSIM or virtual SIM has arrived to replace them.

Presented in the prolegomena of the Mobile World Congress 2016 , the eSIM does not stop being a SIM but it will be embedded in the devices, without the possibility of removing it. Apparently it could be a disadvantage, but the truth is that it is not like that: the eSIM has many advantages. Then we will explain in depth what an eSIM is and why it has all the ballots to mark a before and after in the world of connectivity.

Although the SIM could be considered the heart of any mobile phone, the obsession of manufacturers to shrink space inside smartphones to reduce their thickness (and now the frames) has also affected the cards. The miniSIM arrived in 1996 , but it was not until the launch of the iPhone 4 that we moved to the microSIM and to the iPhone 5 when we made the jump to the nanoSIM.

The truth is that reducing the size of the SIM was a simple task, because in addition to being able to rush its size by eliminating redundant plastic, the fact is that even the chip itself was larger than strictly necessary , reducing with the nano SIM. But in a turn of the screw the GSMA, the global association of operators and manufacturers, agreed to shelve the SIM and become an integrated element in the devices, in chip format welded to the plate.

With only six by five millimeters and the same thickness of a nano SIM (0.67 millimeters) the eSIM saves space not only because of its smaller size compared to previous formats, since with it also got rid of the classic tray or pins that acted as contact with the chip. And that is an advantage for classic devices, smartphones or tablets, but above all it is for other types of devices, which will now have easier to integrate an eSIM for its small size. And we talk about almost anything, from watches and bracelets to a multitude of “things” that are not now connected.

So far we have mainly talked about downsizing and the possibilities that this opens, but the advantages of the eSIM go much further. One of them is very obvious: goodbye to thinking about what kind of card (when everyone has the eSIM) dun card I need to get for my device. In addition, the pins that read the usual SIM are especially fragile and difficult to replace, so less risk . One less advantage will be to forget about looking for a pin to open the SIM card.

And we do not want to leave for later a doubt that surely goes through many heads, how are we going to change the operator if the eSIM cannot be removed from our mobile? The portabilities will be even simpler , since it will suffice to tell the operator that we are going to change the numbering of the eSIM (the famous ICCID of 19 or 20 digits that is printed on the current cards) of our device to associate it.

Of course, this does not mean that the deadlines to change the operator will be shortened, because the regulator of each country establishes the process and the deadlines for a potability, and it will depend on them to modify the times. Another thing is that we no longer have to wait patiently for a postman or messenger or go to a point of sale to get the new SIM, because the same eSIM that we can use with one operator can be used with another.

And there is a point we have been promised that can be made, which we hope will be possible when the eSIM reaches smartphones: the possibility of associating it with more than one operator from different countries . Europeans who travel through the old continent may find it unnecessary, for the purpose of payment roaming, but it would be very useful to travel abroad or for users from other countries.

Advantages and disadvantages of eSIM summary

Technology has to mature because we have found several pros and cons to use it. 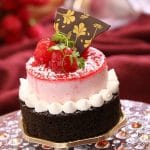