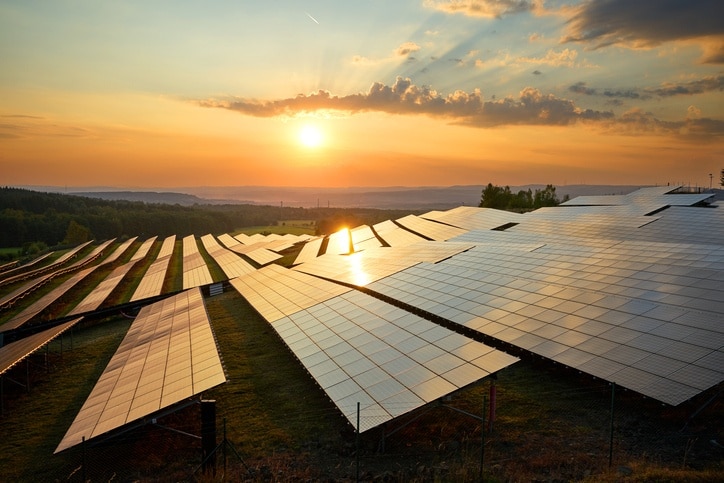 Today, in the post we want to continue talking about the importance of the pros and cons of solar energy .

Solar energy  is the energy that is associated with solar radiation and is the main source of energy for our planet . All other sources of energy present on Earth derive from solar energy, more or less directly, from fossil fuels, wind energy, from hydroelectric energy to wave energy. The only exceptions are nuclear energy, geothermal energy and tidal energy.

Solar energy  is what is normally used by the organisms that carry out photosynthesis of chlorophyll, which are commonly called “plants”. All other living organisms, including humans, exploit the chemical energy obtained from plants (this is the case of fossil fuels) or other organisms that in turn exploit solar energy indirectly (by eating vegetables).

When we talk about solar energy, we refer to solar thermal energy and photovoltaic solar energy:

The solar thermal energy consists of heating a fluid taking advantage of the sun’s energy, which would allow to produce steam and, later, electrical energy. This is achieved by solar collectors or collectors.

When photons hit a solar cell, they release electrons from their atoms . If the conductors are connected to the positive and negative sides of a cell, it forms an electrical circuit. When the electrons flow through this circuit, they  generate electricity . Multiple cells form a solar panel, and multiple panels (modules) can be connected together to form a solar array. The more panels you can deploy, the more energy you can expect to generate.

Solar energy is undoubtedly one of the most used renewable energy in the worldand one of the greatest pro , although we also find the odd con as we will list below.

When we think about solar energy, there are many pros that come to our mind, it seems that this type of energy is offered day after day with the sunrise and, being Spain a place so favored by this star, it becomes a type of energy that we could qualify as interesting.

These are the main pros of solar energy:

It does not pollute

The most important of all the pros is that this type of energy does not pollute. It is a much cleaner energy than others such as nuclear energy, let alone the energy based on fossil fuels.

The use of solar systems allows the production of energy with low environmental impact, since it does not require fossil raw materials to trigger combustion processes and, therefore, does not introduce harmful substances into the atmosphere.

In fact, the average irradiance that reaches the surface of the earth is equal to 1000 W for each square meter of surface,  and is totally at our disposal  . When there are solar systems with yields that will take advantage of 70/80 percent, photovoltaic energy will be the  most used method in the world  for the production of energy.

In spite of supposing an important investment cost when we install a solar panel system, those who decide to focus on this technology will see that the cost of the electricity bill falls significantly, they will have the satisfaction of producing the energy they consume  and will be able to resell the excess in the national network  .

Also think that you will save money as technology  advances, while the cost of fossil fuels increases with the passage of time because they are becoming scarcer.

Variety in the use of the solar source

In fact, it is a system of use of  energy suitable for areas where the  power line does  not reach (rural areas, mountainous, islands), or is difficult and expensive to transfer as we can adapt it to different systems of uses as we have just noted .

Ease of disassembly and reuse of photovoltaic panels:

Unlike nuclear facilities, whose waste products are radioactive and difficult to store, solar installations  do not create any kind of waste, in fact, up to 95% of a single panel can be recycled  and, therefore, has consequences very low environmental impact.

Other pros of solar energy

When we think about the  cons of this type of renewable energy, it usually costs us a lot more to think about something in concrete, except aesthetically, it does not look particularly nice when you decide to install it in the fields or in the houses. But if we sharpen the critical eye a little more, we must recognize that solar energy still has some drawbacks, but most of them, unlike other polluting energies, can be corrected.

As mentioned above, the cost of the photovoltaic plant  can be high , but the recovery time (thanks to savings in the electricity bill) is safe, and is always estimated  between 5 and 10 years . Lately researchers are looking for innovative low-cost solutions, such as semiconductor polymers or concentration cells.

Unfortunately, existing technologies have very low yields compared to other production plants; This means that the energy produced is approximately one third of the energy that could theoretically be produced (the first generation cells that are the most common, have yields of  around 33%, while, for example, a wind turbine can have a performance between 40 and 50%).

Many times this method of converting energy must be complemented   with others, such as hot water and heating installations, which require a pump to circulate the fluid.

By having a low concentration, sunlight must be captured by the widest possible surfaces. It is a problem to build large plants, because they require large areas  and can take land that can be used, for example, for agriculture  . A recently implemented solution consists of locating plants near desert areas. The Ouarzazate plant (Morocco) is located at the gates of the desert, does not occupy any other usable land and is located in an area with a high density of sunlight.

Discontinuity of the resource and inability of large accumulations

The biggest problem is that the Sun is not always there. On a cloudy day and at night it is not possible to count on the contribution of energy from the sun. However, the user also needs power in these two cases. The solution comes from storing solar energy that is not used when the sun is there. Unfortunately, the accumulation batteries that exist today  are  not  able to guarantee an energy coverage large enough to solve the problem . The American car company Tesla is conducting an investigation to make existing batteries more efficient.

These are the pros and cons of an energy that man has used since he appeared on Earth (the growth of plants through solar energy was probably the first source from which fire was made). Now it is up to you to have an idea of ??whether it is convenient or not to use it.

A wider diffusion of the technology and, therefore, a massive production of the plants,  would lead to a reduction in costs .

We have seen the main pro and con of solar energy but, how is your situation today? 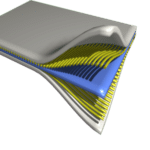