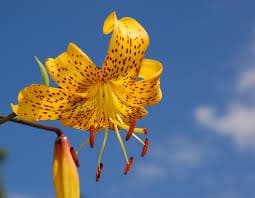 Currently the genetic improvement of plants (obtaining hybrids) is very popular because of the short-term benefits they can have in the global economy. This industry is strongly focused on plants with commercial and medicinal value (examples: vegetables, fruit trees, ornamental plants, medicinal plants, among others). Although many do not believe it, a person without very deep knowledge of genetics can create plant hybrids in a natural way by classical and simple methods.

Hybrid of a Cactus of the genus Astrophytum

The manual hybridization of plants is very simple and can only be achieved with related species, ie plants of the same genus for example. Anyway, we must first know what hybridization is: Concept: Hybridization is the crossing between populations that have different gene complexes (genetic material), they can be between races (called varieties in plants) of the same species or different species . For plant lovers, they should know that the process of hybridization is much more common in them than in animals, that is, the probability of achieving hybrids is much greater.

Method to try to obtain hybrids in plants

The simplest method for obtaining hybrids is through the manual pollination of flowers of different species of the same genus or between different varieties, example: 2 cactus of the genus Mammillaria. For this method we only need a brush or our own fingers. The main objective is to transport the pollen (usually yellow in the form of dust that are located on filamentous structures called filaments, in some families of plants (orchids for example) are “bags” called pollinia) to the stigma of the other flower to try to make it happen pollination, formation of fruits and seeds. The brush should be rubbed gently on the region where the pollen of the flower of a species or variety is found until we notice that pollen granules adhere to its bristles; then the brush should be rubbed on the stigma of the flower of the other species or variety. If we achieve pollination, we will obtain fruits and seeds that we must collect and sow.

In the event that the pollen is concentrated in structures called polynias, you must perform the following very well explained and illustrative method that we published previously. Here the link:

Advantages and disadvantages of hybridization in our plants

* Better resistance to specific pests and climatic conditions not tolerated by type plants.

* Some annual or biennial plants can become perennials by obtaining more long-lived hybrids.

Hybridization is very beneficial in most cases but in others it can be devastating. Next the disadvantages:

*   Hybrids will not always be obtained by the classical method because many plants have mechanisms that repulse pollen alien to their species.

* Hybridization can bring genetic defects in hybrid plants such as the repression of flowering (never bloom), premature death, sterility (the hybrid will produce sterile flowers unable to form viable seeds), hybrid breakage (the hybrid plant is fertile but when leaves offspring, the new characteristics obtained are not transmitted, that is, the daughter plants of the hybrid will again have the characteristics of the type species).

* Many hybrids can become threats to the type species, resulting in the extinction of these.

Although hybridization has its disadvantages, it is one of the most widely used mechanisms worldwide with many positive results. Immerse yourself and make your own, nature gives you surprises. 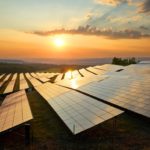 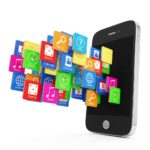