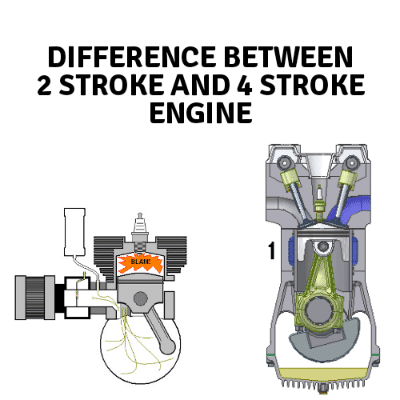 Erick Ruiz has managed to make history in the world of Freestyle Motocross because he is the first American to have achieved two of the most complicated movements in this discipline, the California Roll and the Flair. However, Erick would not have been able to make such jumps if it were not thanks to his great skill for this sport and the power provided by the engine of his dirtbike.

Nowadays it is very common to hear that there are two and four-stroke motorcycles, however, only people who have previous knowledge or experience in the field really know what this means. When we refer to two and four times, really the main difference that exists between one and the other are the steps that must be done for combustion to happen and even though both engines are combustion, they work very differently.

We present the characteristics and differences between four and two stroke engines:

The 4-stroke
engine In the 4-stroke engine only the upper face of the piston is active
The crankcase serves as a lubricant reservoir .

The 4-stroke valve has 2-stroke lubrication .It is done by mixing the oil with the fuel, in a proportion that varies from 2% at 5%

To better understand the difference between the 2 stroke and 4 stroke engine we will look at their advantages and disadvantages.

Advantages of a two-stroke engine

Because two-stroke engines also have fewer moving parts such as valves or a camshaft, the moving mass is lower and speeds of 30,000 rpm and more can be achieved. Often, no transmission is necessary for remote-controlled cars with gasoline or Nitro Combustion engine to reach high speeds of about 60 – 70 km / h.

Disadvantages of a two-stroke engine

Simple two-stroke engines have a higher oil and fuel consumption due to the mixture of fresh gas and exhaust gas during combustion. That is why for a long time in cars (cars) the more economical four-stroke engine with separate oil circuit for lubrication installed.

A two-stroke engine has a high idle speed of about 3000 – 6000 U / min and hardly any torque (power) in low speeds. Therefore, the two-stroke engine is unsuitable for some RC models where much power (torque) is required, such as a remote-controlled tractor (bulldog), tanks, trucks, trail vehicles, construction machinery, etc. Especially if the model should have a reasonably realistic engine sound.

You may be interested in : the difference between 2 stroke and 4 stroke engine oil

Advantages of a four-stroke engine

A four-stroke engine has a higher torque than a two-stroke engine with the same liter power. Thus, the same torque is achieved at a much lower speed, thereby the fuel consumption and the noise is lower.

The fuel consumption is lower, as a better mixture preparation with good separation of fresh and exhaust gas through the valves is achieved. In the case of the two-stroke engine, however, exhaust gas mixes with fresh gas in the resonance tube when the fresh gas is thrown back into the combustion chamber. Thus, the efficiency of the four-stroke engine is higher and is about 20 – 30%.

Disadvantages of a four-stroke engine

The four-stroke engine has a higher total weight and has more moving mass due to more components such as the valves and camshaft. This makes him more expensive to manufacture, repair and buy than a two-stroke. 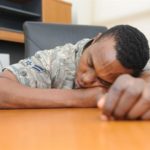