Adrenaline and noradrenaline are two chemically very similar compounds that act as hormones and neurotransmitters of the adrenergic response in the body . The term adrenaline and epinephrine are completely synonymous although in the medical-pharmaceutical field the use of epinephrine, from the Greek epi and nephros (“over the kidney”) has been enhanced. The same goes for norepinephrine and norepinephrine. In this article, we will try to describe the main differences between the two.

Chemically, the two substances are catecholamines . In the human body both are synthesized from the amino acid tyrosine. The difference between them is that in the adrenaline a hydrogen of the amino group is replaced by a methyl group, as you can see in the following image:

Both epinephrine and norepinephrine are produced in the adrenal glands. In addition, norepinephrine is also synthesized in the postganglionic neurons of the sympathetic nervous system and the central nervous system. The biosynthesis of both compounds is carried out in a chain of enzymatic reactions that starts with the amino acid L-tyrosine, which can be produced from phenylalanine.

First, from L-tyrosine, levodopa (dihydroxyphenylalanine) is obtained by the action of the enzyme tyrosine hydroxylase. Levodopa, by the action of DOPA-decarboxylase, undergoes decarboxylation and produces dopamine. Dopamine can be oxidized, a process mediated by the enzyme dopamine-beta-hydroxylase, and gives rise to norepinephrine. Finally, norepinephrine is methylated and epinephrine is obtained. Norepinephrine methylation is mediated by the enzyme phenylethanolamine N-methyltransferase (PNMT) , an enzyme that is only present in the cytosol of the chromaffin cells of the adrenal medulla , so epinephrine is only synthesized here.

Through the blood reach the different organs where they will act. In the respiratory system they cause a dilation of the airways, in the blood vessels they produce vasoconstriction and in the heart the heartbeat frequency increases. All these effects are intended to increase the flow of oxygen and blood to the main muscle groups to prepare for a situation of stress or danger . They also influence the metabolism by affecting, among others, the secretion of insulin and the mobilization of fatty deposits.

In the central nervous system, its effect is related to attention, alertness and the brain reward system. Here the ratio between adrenaline and noradrenaline is reversed, 20/80, hence talk about neurons and noradrenergic systems. For this reason, it is also frequent that noradrenaline is more important as a neurotransmitter and adrenaline as a hormone, although both act as such . In fact, both substances interact with the same type of receptors, known as adrenergic receptors, and cause the same effects by binding to them. When they are released into the bloodstream and exert their action at a distance they act as hormones; when they are released into the synaptic space between two contiguous cells they would act as neurotransmitters. 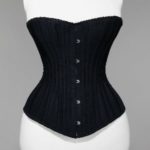 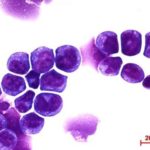