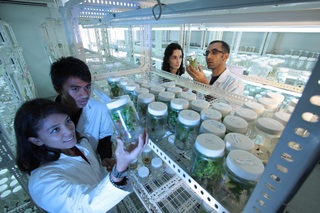 Biotechnology consists of the use of living organisms, or their metabolisms, to obtain products and improve plants or animals, or to develop microorganisms to be used for specific purposes in the various sectors of human activity. Biotechnologies are fundamentally oriented to improve the efficiency of production techniques, both in the agricultural, industrial and biomedical fields. With regard to the agricultural sector, the objective of biotechnology is to improve the quantitative and qualitative characteristics of the food currently available, also with a view to the sustainable development of the sector.

It has a large number of applications, although it is usually classified as follows:

It is used for medical processes, that is, it is based on obtaining antibiotics, vaccines, new drugs, new forms of molecular diagnosis, regenerative therapies and the application of genetic engineering to cure diseases.

It is exclusively applied to improve industrial processes, that is, it studies microorganisms in order to obtain better catalysts, eliminate the use of hazardous chemicals or clean them from work areas and obtain new materials. Its main goal is the development of biodegradable products.

It is known as marine biotechnology. It is responsible for the development of aquaculture, care of marine creatures , water treatment and production of food derived from the sea.

The reproduction of genetic material with biotechnology allows us to act in an extremely selective manner. There are numerous potential advantages:

Biotechnology also has a number of risk and disadvantages :

Group biological agent that is unlikely to cause disease in man.

Biological agent of the group that can cause a disease in man and can pose a danger to workers, it is unlikely that it spreads to the community and there is generally prophylaxis or effective treatment.

Biological agent of the group that can cause a serious illness in man and presents a serious danger to workers, with the risk of spreading to the community and generally existing prophylaxis or effective treatment.

Biological agent of the group that causes a serious illness in man is a serious danger for workers, with a high probability of spreading to the community and without there generally being prophylaxis or effective treatment.

One of them is the decrease in the labor force employed by the effects of mechanization; this generates unemployment and rural exodus in many areas.

On the other hand, to take advantage of new technologies, money and access to land and water are required. Poor farmers who cannot access these resources are left out of modernization and in worse conditions to compete with modern productions.

I have given quite a number of advantages and disadvantages of biotechnology if you  think I forgot any you can put in the comment section. 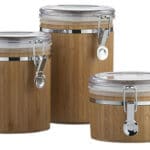 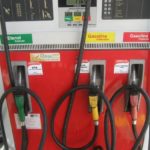