In this technique, each member of the population has the same probability of being selected as a subject. The whole process of sampling is done in one step, where each subject is selected independently of the other members of the population .

Random sampling can only be applied in many methods. The most primitive and mechanical would be the lottery. Each member of the population is assigned a number. All numbers are placed in a container or a hat and mixed. Blindfolded, the researcher takes out the labels with numbers. All individuals who have the numbers drawn by the researcher are the subjects of the study. Another way would be for a computer to randomly select the population. In the case of populations with few members, it is advisable to use the first method, but if the population has many members, a random selection by computer is preferable.

One of the best things about  simple random sampling is the ease of assembling the sample. It is also considered a fair way to select a sample from a population, since each member has equal opportunities to be selected.

Among its strengths are that it tends to produce representative samples and allows the use of inferential statistics in the analysis of collected data .

Each selection is independent of other selections; All possible combinations of sampling units have the same opportunity to be selected. In systematic sampling, the possibilities of being selected are not independent of each other.

In general, it is easier than other probabilistic sampling procedures (such as conglomerate sampling) to understand and communicate to others.

The statistical procedures required to analyze the data and calculate errors are easier than those required in other probabilistic sampling procedures.

One of the most obvious limitations of simple random sampling is the need for a complete list of all members of the population. You must bear in mind that the list of the population must be complete and updated. This list is generally not available in large populations. In these cases, it is more prudent to use other sampling techniques

Respondents can be very dispersed, therefore, the costs of data collection may be higher than those of other probability sample designs, such as cluster sampling. 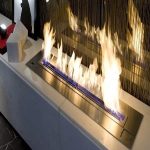 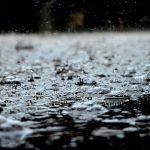