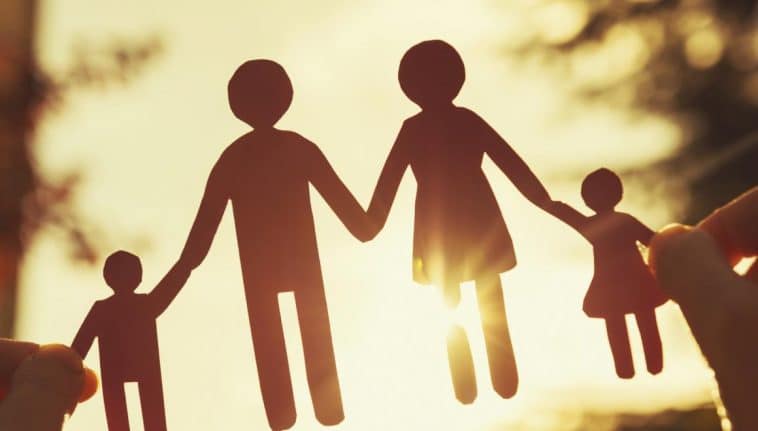 In recent decades, many important changes in society have arisen, and the family is no exception. Since 1975, divorce figures have doubled, causing an increase in households with only one parent . Something that, only a few years ago, was not socially accepted.

Nowadays, on the other hand, the phenomenon of divorce is quite common. According to the Business Insider portal , which produced a graphic map showing the divorce rates of the different countries of the world, Spain occupies the fifth place with 61% of couple breakups .

The family is extremely important in the development of children, because it is possibly the socializing agent that will most influence their growth . In fact, children need adults for a long period of time, which has caused all societies to be organized around groups of people that we generally know as “the family”.

But with the changes that have been happening in recent years with respect to family structures, the smallest , at times, have had to live in familiar environments that are not always the ideal ones. Families educate their children, and their primary objective should be to provide them with a solid base so that they can face the future with the best possible guarantees. In other words, families must help them to learn to be respectful of others, to have a strong and resilient personality or to acquire affective and economic security, in short, to prepare them for a successful adult life. Unfortunately, this does not always happen that way.

In the field of mental health, there is an increasing awareness of how family difficulties affect its members, so it is necessary for them to face their difficulties in the best possible way. In this sense, what differentiates a dysfunctional family from a functional family is not the presence or not of problems, but what is important is the use of recurrent interaction patterns that hinder the social and psychological development of its members , and affect its adaptation and conflict resolution.

Stability and change in the family

As mentioned, the normal family , if that concept makes sense, is not exempt from difficulties or problems, which requires to be based on a conceptual scheme of family functioning in order to understand its dysfunctionality. The normal family is in constant effective functioning, and despite the difficulties it is capable of transforming, adapting, and restructuring itself over time to continue functioning.

It is important to differentiate the dysfunctional family from the poor family. The latter is characterized by difficulties in satisfying economic resources. From the outset,  poor families do not have to be dysfunctional , however, scientific research has provided data that claim that families with limited financial resources may have difficulties in carrying out various family functions. For example, education or affective and relational development of their children.

Types of families that exist

Since the family starts from society, it is a structure that can change over time, and in fact it does. The family structure does not indicate if a family is functional or not, but simply has to do with the form of it and its members. Something that has a lot to do with the historical, economic and cultural context.

This variety of forms include the following.

The nuclear family is what we know as a typical family, that is, the family formed by a father, a mother and their children. Societies generally encourage their members to form this type of family.You maybe interested in : ADVANTAGES AND DISADVANTAGES OF NUCLEAR FAMILY

The single-parent family consists in that only one of the parents takes charge of the family unit, and, therefore, in raising the children. It is usually the mother who stays with the children, although there are also cases in which the children stay with the father. When only one of the parents takes care of the family, it can become a very big burden, which is why they usually require help from other close relatives, such as the grandparents of the children. The causes of the formation of this type of families can be a divorce, being a premature mother, widowhood, etc. You maybe interested in : ADVANTAGES AND DISADVANTAGES OF SINGLE PARENT FAMILY

This type of families, families without children , are characterized by not having descendants. Sometimes, the parents’ inability to procreate leads them to adopt a child. In any case, we can perfectly imagine a family unit in which, for one reason or another, you have not wanted or could have children. Do not forget that what defines a family is not the presence or absence of children.

In this type of family, which we can call a family of separated parents , the parents have separated after a crisis in their relationship. Although they refuse to live together, they must continue to fulfill their duties as parents. Unlike single-parent parents, in which one of the parents carries the full burden of raising the child on their backs, the separated parents share functions, although the mother is, in most cases, the one who lives with the child .

This family, the  compound family , is characterized by being composed of several nuclear families. The most common cause is that other families have formed after the breakup of a couple, and the child, in addition to living with his mother and his partner, also has the family of his father and his partner, and may have stepbrothers.

It is a type of family more common in rural settings than in urban ones, especially in contexts where there is poverty.

This type of family, the homoparental family , is characterized by having two homosexual parents (or mothers) who adopt a child. There can also be homoparental families formed by two mothers, obviously. Although this possibility raises a wide social debate, studies have shown that the children of parents or homoparental mothers have a normal psychological and emotional development, as for example explains this report of the APA . You maybe interested in  : WEAKNESSES AND STRENGTHS OF HOMOPARENTAL FAMILIES

This type of family, the extended family , is characterized because the raising of the children is in charge of different family members or several members of the family live (parents, cousins, grandparents, etc.) in the same house. If you have ever seen the famous series “The Prince of Bel Air”, you can see how Will lives in his uncle’s house, who takes on the role of his father. It can also happen that one of the children has his own child and they all live under the same roof. You maybe interested in :ADVANTAGES AND DISADVANTAGES OF AN EXTENDED FAMILY

It takes place when the parents are left alone, once their children become adults and leave the house. The most usual thing is that, after overcoming the duel over the “empty nest”, a reunion takes place in the couple and joint plans and projects are configured . The couples that arrive at this point tend to form a very supportive and tolerant family.

Eternal singleness is also one of those options that has increased. It is estimated that around 11% of the current families are of a one-person nature. Someone decides to live alone and shapes their relationships with the world from that position.

Sometimes, there is also a one-person family when the person is widowed or after a divorce after a union in which there were no children. This type of family no longer arouses surprise or suspicion, as it did before.

This type of family is very typical of the so-called “millennials” or “generation Y”. They make pets a fundamental part of their lives, almost as if they were children . There is still no agreement on how convenient it is to humanize the animals up to that point. What is clear is that this type of attachments in many cases satisfy the needs of humans more than those of pets.

The social changes that have occurred in recent years have been very large . This is reflected in the configuration of many groups, including one as important as the family. In this article we have collected the most common types, but the truth is that they exist and many more were generated as ways of adapting to a dynamic environment.

The patriarchal family was the most extended family form until the beginning of the 20th century. It is a system with many members in which the older man makes the decisions and the responsibility to lead the system.

It is this type of family, the parents live with their married children and their descendants, and it is a way of organizing that responds to a large extent to the economic needs.

It was very common in rural areas where the land worked, and after industrialization it disappeared. It is still valid in many developing countries.

The foster family could be described as a temporary adoption case . These are cases in which some parents, for whatever reason, are not in a position to take care of their children for a while and must let another family take care of them.

It is a type of family quite common in countries like England , United States, Ireland. During this time the host family receives help from the State, and when the parents have overcome their difficulties they can reunite with their children. If this does not happen sometimes the foster parents end up adopting the children. 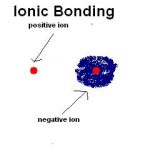